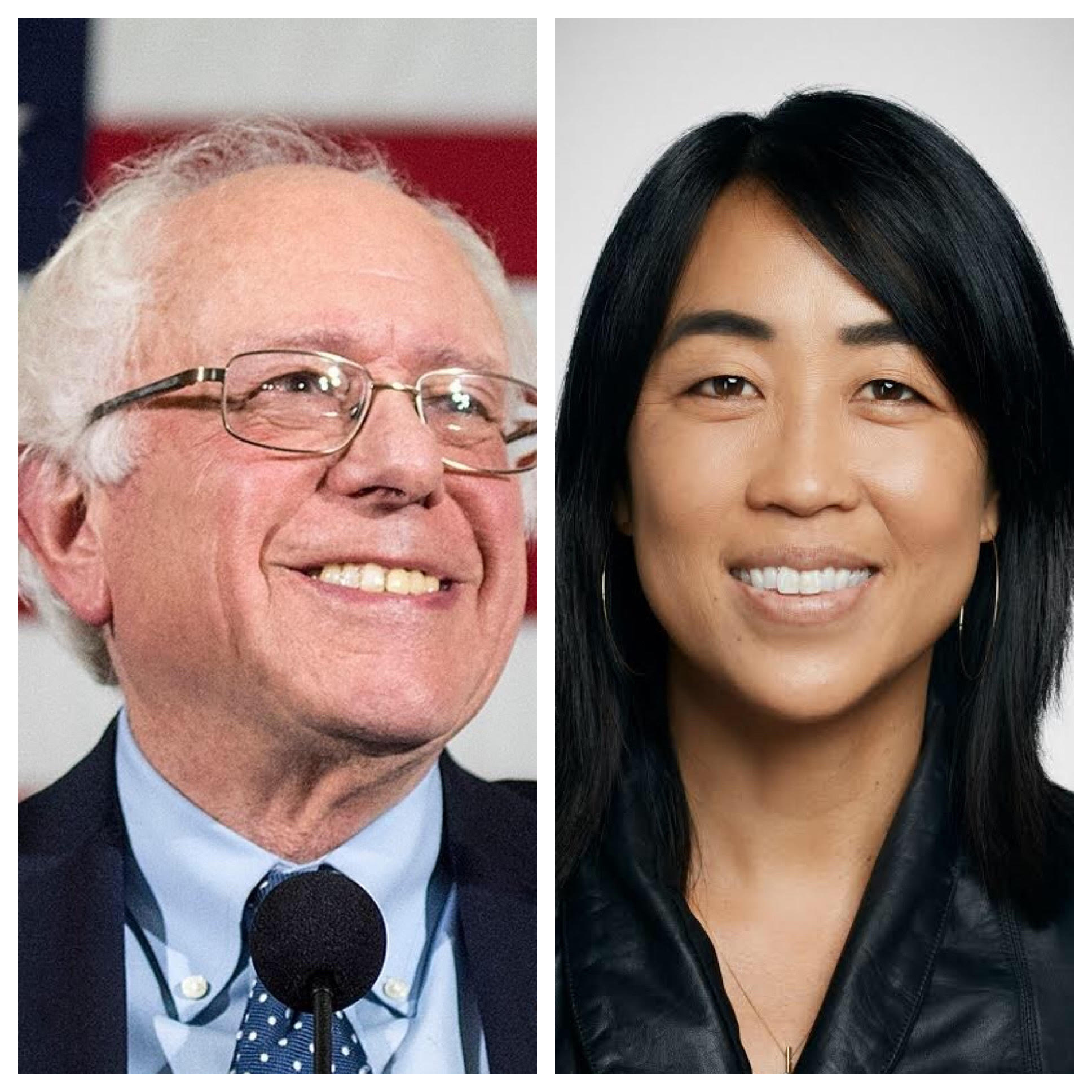 Sen. Bernie Sanders lands his second endorsement in the state and the first from Pennsylvania’s largest city.

“I was elected by a movement. I believe in the power of movements to reshape our country,” Gym said in a release from the Sanders campaign. “Bernie Sanders doesn’t just talk about movements for change. He leads them.”

She cited Sanders support of healthcare being a “human right” and their joint appearance at a rally at Hahnemann University Hospital in July 2019, advocating for the “Green New Deal,” and his plans for “school infrastructure investments.”

“That’s why I am proud to endorse Senator Bernie Sanders, a transformational movement leader whose agenda is rooted in the needs of young people, immigrants, people of color, and working families in Pennsylvania who want – and deserve — an America that works for all of us,” Gym said in the release.

Bernie Sanders doesn’t just believe in our movements. He is leading a multiracial movement for working class Americans straight to the White House. I’m proud to endorse @BernieSanders! https://t.co/Jfcx7ku1X9

The Sanders campaign released a statement on Wednesday morning about Gym’s endorsement, referring to the Philadelphia Councilmember as a “progressive force” and lauded her as someone who knows “the power and purpose of grassroots community organizing.”

Gym was first elected to an at-large seat on Philadelphia City Council in 2015 and was reelected in 2019.

Gym is the second high profile elected official to endorse Sanders from the state of Pennsylvania, joining state Rep. Sara Innamorato (D-Allegheny), who pledged her support for the Vermont Senator’s campaign in late January.

While Sanders has opened up a rather sizable lead in various national polls for the Democratic primary, recent polling shows a neck and neck race in the keystone state. A poll from Franklin and Marshall College released in late January showed Biden leading the Democratic pack with 22%, while Sanders was in second place with 15%, followed by Sen. Elizabeth Warren with 14%, and former New York City Mayor Michael Bloomberg in fourth place with 7%. However, the Election Research Center at the University of Wisconsin-Madison released a poll earlier this week that showed Sanders leading the way in the Pennsylvania Democratic primary with 25%, followed by Biden in second place with 20%, and Bloomberg in third place with 19%.