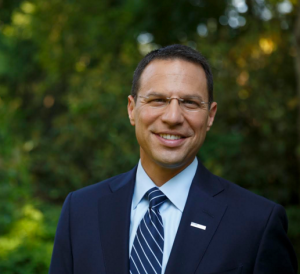 Josh Shapiro will head into tomorrow’s Democratic AG primary full of confidence, with the latest Harper Poll giving him an 18-point lead over his closest challenger.

Montco Commissioner Shapiro picked up 41% in the poll, with Allegheny County DA Stephen Zappala sitting on 23%. Northampton County DA John Morganelli rounds out the group with 15%, though more than a fifth of likely voters have yet to decide who to cast their ballots for on Tuesday.

Shapiro solidified the big gains he has made over the last two months, adding another 8 points from a Harper Poll at the beginning of April. Zappala has also made some movement, picking up 6 points, though the gap continues to widen.

The poll shows each Democratic candidate leading in their home-regions. 61% in the Philadelphia/Southeast region back Shapiro and 57% in Pittsburgh and the Southwest are voting for Zappala.

38% in Scranton/Lehigh Valley support Morganelli, though Shapiro has carved into Morganelli’s lead and now trails him by just 7 points in the region.

Shapiro also comes out on top in the South Central region, leading Zappala 39% to 20%. The Northern Tier is essentially split between Zappala and Shapiro, 29% to 28% respectively.

President Obama’s pick for the nomination leads across all ideologies, from conservative to very liberal Democrats, but Zappala holds an edge among those who don’t know where they’d be on the political spectrum.

40% of males and 42% of females are behind Shapiro and he holds solid advantages among all age groups, with the exception of voters ages 40-54 where his lead is just 3%. 59% of African-Americans are also supporting the Montco commissioner’s campaign, the poll shows.

Shapiro is expected to pick up votes from 45% of Hillary Clinton supporters and 34% of Bernie Sanders’ backers.

Shapiro, Zappala and Morganelli are vying to become the second Democrat to hold the state’s highest legal office, with embattled Democratic AG Kathleen Kane on her way out after pulling out of the race in February.