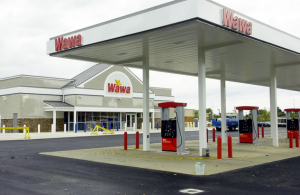 Harper Polling released their annual “Our Commonwealth” survey, which reveals the various preferences Pennsylvanians have when it comes to their food.

There are a variety of family chain restaurants in the Keystone State but one stood out clearly above the rest: Olive Garden which took 22%.

Red Lobster with 14% and Texas Roadhouse with 13% took the silver and bronze.

Carrabba’s has an excuse since they have the fewest, nine, locations. Although Chili’s has a state-high 38 venues throughout the commonwealth and it didn’t help them.

Since the Governor’s hometown of York hosts the country’s oldest fair, Harper’s asked the entire state whether they attend a fair during the summer.

57% of Pennsylvanians do attend a fair while only 37% do not. The only section of the state that doesn’t is Philly and the Southeast (55% were a no).

Conversely, the numbers on scrapple were primarily Philly driven.

Only 34% of PA natives said they enjoy eating scrapple against 57% who don’t. A majority, 56%, of those from Philly and the Southeast, though, enjoy their local “delicacy”.

After falling to Sheetz in 2013 only to emerge on top in 2014, Wawa repeats as PA convenience store champion.

It was close but Wawa edged Sheetz 34% to 32%. Their smaller siblings, GetGo and Turkey Hill came in third and fourth with ten and eight percent respectively.

When asked why they chose the way they did a plurality (31%) said it was proximity to their home or workplace. 28% cited the food while 22% went with gas prices. 11% are loyal because of the coffee while just 5% are influenced by partnership deals.

When it comes to fast food, one towers above all the rest.

Chick-Fil-A finished first with 26% with McDonald’s and Subway each trailing at 12%.

Harper polled 546 Pennsylvania residents for this survey through landline interviews conducted using Interactive Voice Response (IVR). It took place on July 12th and 13th and the margin of error is +/- 4.19%