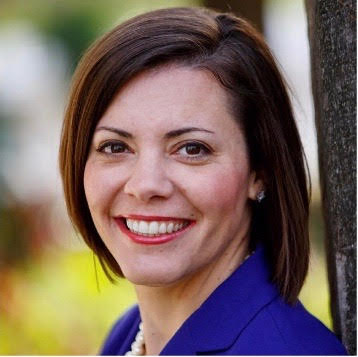 Christina Hartman, a non-profit leader and former Lancaster County congressional candidate, is the first Democrat to formally announce a bid for the 2020 Auditor General race.

“Pennsylvanians work hard for every dollar they earn, and they deserve a government that works for them. Pennsylvania’s Auditor General is responsible for being an independent watchdog on taxpayer dollars,” Hartman said in a release. “I’m running for Auditor General because I’m passionate about protecting taxpayers and their hard-earned money and making government work for all Pennsylvanians.”

In a video announcing her candidacy, Hartman highlights her nearly 20 year career in which she says she’s helped citizens from around the globe hold their government to account, plus working in the United States on behalf of survivors of domestic violence, sexual assault, and child abuse.  According to her campaign website, some of the non-profits she’s worked for include Freedom House, the National Democratic Institute, and the Joyful Heart Foundation.

“I’ve managed federally-funded projects with budgets up to $44 million,” Hartman said in a release. “I know how to make large-scale organizations run efficiently, and how to turn around those that aren’t performing the way they should.”

Hartman, who ran for Pennsylvania’s 16th Congressional District in 2016, but lost to Rep. Lloyd Smucker (R-Lancaster), lauded the work of outgoing Auditor General Eugene DePasquale (D-PA) in her release, saying she is “eager to protect and build upon” his “important work” and keep the state moving forward.

The issues she said she is most excited to tackle include education, healthcare, and criminal justice.

“I’m most excited to work on the things that are most important to Pennsylvanians and those are education, healthcare, and criminal justice,” Hartman said in her announcement video. “We need to make sure once again that tax dollars are being used efficiently and effectively.”

While Hartman is the first Democrat to officially enter the race, four other Democrats have also been laying the groundwork for a run at the statewide office. Hartman, along with Former Deputy Philadelphia Mayor Nina Ahmad, former Philadelphia City Controller Alan Butkovitz, Pittsburgh City Controller Michael Lamb, and state Rep. Scott Conklin (D-Centre), were all present at last weekend’s Democratic party state committee meeting and confirmed to PoliticsPA their interest in the seat.