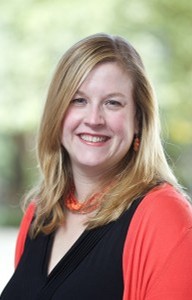 It was close. In fact, it was so close the independent candidate ended up playing the spoiler.

In the end, tea party activist Lisa Esler very likely cost Mullen the contest with her write-in campaign. While we don’t yet know the content of all of the write-in ballots, there were an extraordinary high number of them; 988 or 9.83% of the total vote.

Mullen was the President of the Delaware County AFL-CIO and even won the endorsement of the statewide organization. Possibly as a result, he was portrayed as insufficiently conservative by some.

Krueger-Braneky’s ascension is also a much needed victory for Governor Wolf as he campaigned for her last weekend. This was the first time in his term that the freshman Gov got involved in an election and the contest occurred in the midst of the current budget standoff.

A Mullen victory would’ve been hailed as a loss for Wolf by the GOP. Now the Democrats will attempt to transfer Krueger-Braneky’s victory to the Governor.

“I want to congratulate Leanne Krueger-Braneky on her hard fought victory this evening,” Governor Wolf said in a statement. “Leanne has a proven record helping to create jobs here in Pennsylvania and was successful in her race because she ran a strong, disciplined campaign, but those were not the only reasons.

“This victory sends a very strong and very clear message that the people of Pennsylvania have had enough with the status quo. They want a budget that is truly balanced, fully funds our schools, and provides property tax relief,” he continued.

“Leanne won tonight because she is committed to changing the status quo in Harrisburg by investing in our public schools and finally making the oil and gas companies pay their fair share, and I can’t wait to work with her to rebuild Pennsylvania,” the Governor asserted.

“It is time the Harrisburg politicians hear that message and begin negotiating in good faith.”

“Pennsylvanians who elected Governor Tom Wolf last November are sick and tired of Republicans in Harrisburg who prefer playing politics over doing their jobs and passing a responsible budget,” said Krueger-Braneky. “The people of Delaware County sent a message today that their priorities – strong schools, lower property taxes, and more jobs that can support our families – should be the House’s priorities too.”