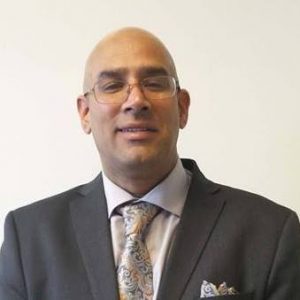 Democrat Emilio Vazquez will be the newest state House member after the official tally of write-in votes today.  He won with 1,964 votes according to unofficial results.

He defeated Republican Lucinda Little, the only candidate on the ballot, who received 194 votes.  Green Party Candidate Cheri Honkola received 280 votes from the unofficial tally of write-ins

Republicans have been calling for the Attorney General’s Office to investigate allegations of irregularities at the polls.

In recent elections allegations of irregularities have been investigated first by the Philadelphia City Commissioners according to Commission Vice-Chairman Al Schimdt (R). THey would then make a recommendation to the District Attorney’s office.

I investigate irregularities&make referrals to DA after every election. 9 indicted and 8 guilty in 2 yrs

The PA GOP joined in pushing against the Democrats.

“It’s ironic that Philadelphia’s Democratic machine chose to engage in egregious voter fraud during a special election to replace a convicted felon on the same day that Philadelphia’s District Attorney was indicted on federal corruption charges,” PA GOP Chairman Val DiGiorgio said in a statement.

Democrats immediately responded to the letter.

“Is it now standard practice of Trump Republicans to claim voter fraud after every election? In the first election in Pennsylvania since November 8, the Trump Republicans could not even find 200 people in a district of over 30,000 registered voters who wanted a Republican to represent them in Harrisburg,” House Democratic Campaign Committee Executive Director Nathan Davidson said in an email.

Vazquez went on the attack against the Republicans and the Green Party.

“Today is yet another shameful example that the Donald Trump led Republican Party will stop at nothing to thwart the will of voters and discredit the democratic process. As for the Green Party, this wouldn’t be the first election they have contested to get attention and then fundraise off of it,” Vazquez said in a statement.