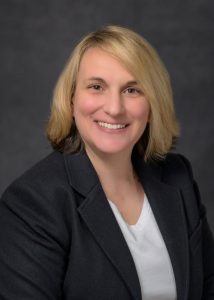 Marci Mustello, district scheduler for U.S. Rep. Mike Kelly (R-Butler), was awarded the nomination after one round of voting, according to the Pittsburgh Post-Gazette.

In a release about her intentions for the GOP nomination, Mustello touted her knowledge of the district.

“I am uniquely qualified for this position due to my vast knowledge of Butler County and my twenty years of experience working with community leaders and other elected officials at all levels of government,” Mustello said in a release. “I understand the issues facing this district and will work hard to find solutions by vigorously representing the 11th district in Harrisburg, as well as providing exemplary constituent service here at home.”

Mustello has worked for Kelly for the past 8 years and served as the executive director of the Butler County Humane Society and board president.

“The voters will recognize my name in the 11th district,” Mustello said last night, according to the Butler Eagle.

Her campaign release also detailed her pro-life position, support for the 2nd Amendment and the need for lowering taxes.

“I am pro-life and I fully support the 2nd Amendment,” she said in a statement. “I will work to lower taxes and fight to bring our hard-earned tax dollars back to our district for infrastructure projects and to foster economic development. We need to work together to create more well-paying job opportunities here in Butler County and to ensure that our workforce gets the training they need for family-sustaining jobs.”

This is Mustello’s second time seeking this seat. She previously made a bid for the seat in 2004, but was bested by Ellis in the GOP primary.

The Democratic Party has selected Sam Doctor, a steel worker, as their nominee. Doctor ran in 2018 against Ellis as an Independent, but lost.