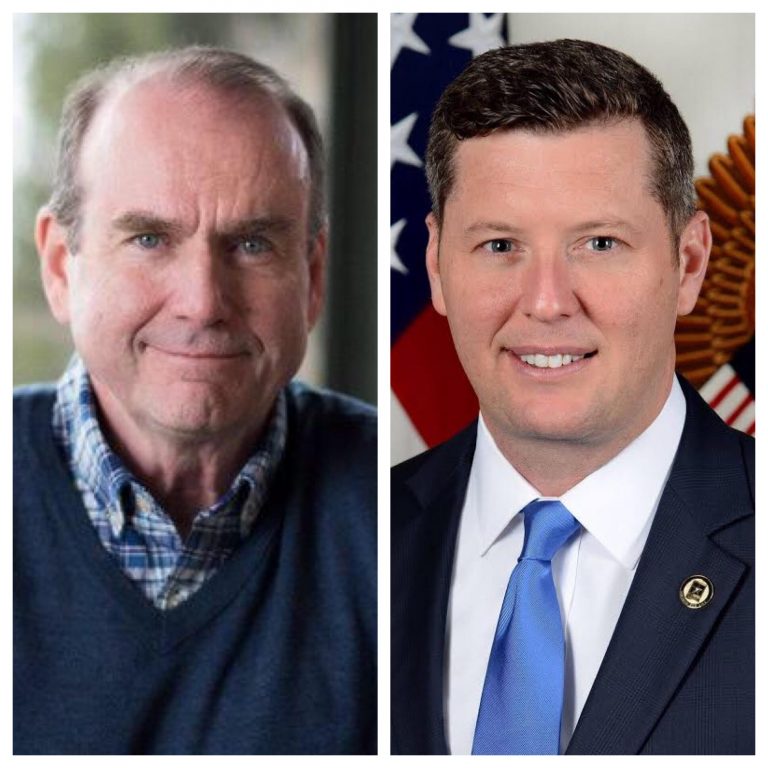 Last week, Democrat Bridget Malloy Kosierowski and Republican Frank Scavo faced off in a debate sponsored by the League of Women Voters of Lackawanna County.

The two candidates are competing for the seat in the 114th state House district in Northeast Pennsylvania that was occupied by the late state Rep. Sid Michaels Kavulich, who died in October 2018 at the age of 62 from complications of open heart surgery.

Kosierowski, a registered nurse, and Scavo, a real estate investor and president of the Old Forge School Board, often talked about how their experience from their individual positions helped shape their perspective on a variety of different issues.

The two agreed that property tax relief needs to be addressed, although they see different ways of addressing the problem.

“It’s a divide and conquer strategy,” Scavo said. He described the “first bite of the apple” in funding school districts “would be to eliminate school district property taxes for senior citizens, specifically.”

According to the Citizens Voice, Scavo supports House Bill 76, that calls for the elimination of school property taxes and funds education through tax hikes in personal income and state sales tax.

Scavo also stated abolishing the school taxes paid by businesses will help spur the economy by being a more attractive destination for businesses.

Kosierowski agrees that House Bill 76 has some positive things in it, although she doesn’t see it as a realistic piece of legislation.

“There’s some really good things about House Bill 76, but there’s things that need to change,” Kosierowski said. “I think it needs to be more realistic to really propose it.”

She referenced that Republicans had the chance to pass it when they controlled the state House and Senate while Gov. Tom Corbett was in office.

Kosierowski offered two alternatives to fund the schools that included closing the Delaware loophole, that permits some corporations doing business in the state to avoid paying the state’s corporation tax and advocated for imposing a severance tax on Marcellus Shale natural gas production.

As discussion of the minimum wage has heated up in Harrisburg over the past month with signs that members on both sides could be open to an increase, although it is unclear if they will agree upon a specific increase, Kosierowski and Scavo shared different opinions on the state’s minimum wage.

Scavo said that “maybe” a small increase in “fifty cent increments” could work, but he believes that the state shouldn’t focus on raising the minimum wage and shift their attention to providing businesses the opportunity to pay their workers a higher wage.

Kosierowski believes the current $7.25 minimum wage in Pennsylvania is not a “life sustaining wage” and believes it should be raised, although she didn’t specifically voice her support for Gov. Tom Wolf’s proposal of $12 an hour by July 1, 2019.

“$7.25 is not a life sustaining wage,” Kosierowski said. “I think $10 an hour could be something that I think we could support and we could get to.”

The candidates shared some common ground on the topic of marijuana legalization, abortion and gun rights, although there was some notable differences.

Both Kosierowski and Scavo stated their approval of the legalization of medical marijuana in the state. Scavo made it seem that he could be open to decriminalization, but made it clear that he doesn’t support full legalization.

“Perhaps a decriminalization,” Scavo said. “But there’s nothing on my radar that would say we’re going to legalize marijuana.”

Kosierowski said she hopes to see the results of Lt. Gov. John Fetterman’s listening tour, but hesitates to support full legalization solely for revenue purposes as she still said she worries about youth intake of what can be a gateway drug.

“I hesitate to go ahead and legalize just for revenue,” she said. “Which I know it will make money, but I’m cautious….you do worry about the youth.”

Kavulich was outspoken on being pro-life, even as a Democrat, and both candidates stated they are pro-life candidates.

“I am a pro-life candidate,” Kosierowski said. She cited her upbringing in a Catholic family, but also stated her experience as a nurse and believes that there are situations in which the option should be available.

“This is a very difficult question and one that I find hard to answer on the floor on a bill,” she said. Kosierowski did say she respects the law of the land, which is Roe vs Wade, but hopes to continue the way that Kavulich voted.

Scavo specifically cited the abortion laws in New York, Virginia, and Vermont as a reason to being a pro-life candidate.

Both candidates also expressed being pro-2nd Amendment, while stating certain ways they hope to see laws enforced a bit differently. Scavo talked approvingly about the state’s background check protocol, which he described as one of the most strict in the nation, and said he doesn’t see many changes needed in respect to gun ownership in the state. Kosierowski said she agreed with much of what her GOP counterpart said, but stressed the need to keep guns out of the hands of those who are mentally ill and domestic abusers.

The special election is set to take place on March 12.

The full debate can be viewed here.