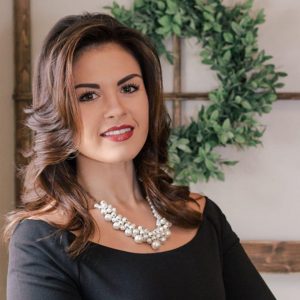 The Republicans have selected their candidate for the moderate state House district in Bucks County.

KC Tomlinson, a third generation Funeral Director and daughter of state Sen. Tommy Tomlinson (R-Bucks), was selected to be the Republican nominee for the upcoming special election in the state House’s 18th District.

The special election to fill the seat vacated by state Rep. Gene DiGirolamo (R-Bucks), who resigned after he was sworn-in to serve on the Bucks County Board of Commissioners, will be held on March 17.

In a release announcing her candidacy, Tomlinson laid out her priorities if elected.

“I was born and raised here, I bought my first home here, and I operate a business here,” Tomlinson said. “Bensalem’s priorities are my priorities. As our next State Representative, I will fight to keep dangerous Philadelphia policies out of Bensalem, hold the line on taxes, and combat the opioid crisis.”

The release from the first time candidate also shared the endorsement from the former state representative and his uncle, Bensalem Mayor Joe DiGirolamo.

“Growing up here, I had the opportunity to watch men like Gene DiGirolamo, Mayor Joe DiGirolamo, and my father serve us with such honor and distinction,” Tomlinson continued. “Their commitment to public service has been nothing short of inspiring, and I hope to continue their proud legacy of service to Bensalem.”

“As a 3rd generation funeral director, Bensalem families have trusted me in the worst of times,” Tomlinson said. “I hope they will continue to trust me to work in Harrisburg on their behalf.”

DiGirolamo, who served in the state House for the past 25 years, won his most recent reelection effort in 2018 by 13 points over Democrat Jimmy Lamb.

The Democrats have yet to select a candidate for the special election, although Rachel Fingles, Bensalem School Board Director, has formally announced her intentions for the seat. PoliticsPA previously reported at PA Society about Fingles and Tomlinson’s interest in the seat.