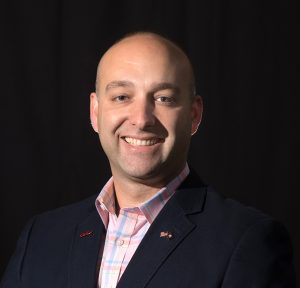 The Democrats have selected their candidate for an upcoming special election in Westmoreland County.

Robert Prah Jr., a military veteran, educator, volunteer firefighter and former mayor of Smithton, was selected to be the Democratic nominee for the upcoming special election in the state House’s 58th District to face Republican Eric Davanzo, a union carpenter. Prah currently serves as the director of Military and Veterans Affairs at California University of Pennsylvania, a position he has held since 2007, and has also been an adjunct professor at Westmoreland County Community College since 2016.

The special election to fill the seat vacated by state Rep. Justin Walsh (R-Westmoreland), who resigned at the end of December after being elected a Westmoreland County Common Pleas Judge, will be held on March 17.

In a release about his candidacy, Prah highlights his career in public service as proof that he’s ready to represent the 58th District and pinpointed a few issues he’d address if elected to office.

“Because I believe in the people and the promise of this region, I’ll continue the battle to end the opioid crisis,” Prah said in a release. “I’ll fight to provide funding for our public schools and state-owned universities. I’ll work to give our communities the police coverage that meets their needs and the support to our volunteer firefighters and all first responders.”

He added in the release that he is also committed to “accountability, transparency, and making myself available to constituents.”

The Westmoreland Democratic Party selected Prah over Yough School Board President Ken Bach for the nomination last week, according to the Tribune Review. On Monday, the Pennsylvania Democratic Party sent out a release sharing the news that Prah will be their party’s nominee.

Walsh, who served in the state House from 2016-2019, won his most recent reelection bid in 2018 by 23 points over Democrat Mary Popovich.