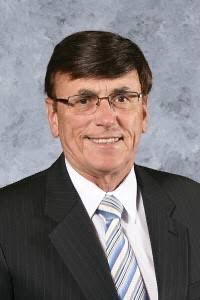 The Democrats have selected their candidate for the state House’s 60th District.

Dr. Frank C. Prazenica Jr., a school director for the Freeport Area School District and president of ARIN Intermediate Unit #28 in Indiana, has been nominated for the upcoming special election in May.

“I’m grateful to everyone who supported my nomination, and I’m looking forward as the candidate and hopefully new state representative for the 60th district,” Prazenica Jr. said to PoliticsPA.

“My goals are simple: to fight for the people of our region and do whatever I can to make life better for the people of our district and state,” Prazenica Jr. continued. “As a former educator, I will do everything possible to bring funding and support to our local community and school districts to help them educate our children for a bright future.”

Prazenica Jr. is at least one of three candidates for this special election.

Republicans nominated Abby Major, who served as state Pyle’s chief of staff, for the race, while the Libertarian Party has endorsed Drew Hreha, 22, of North Apollo, according to the Tribune Review.