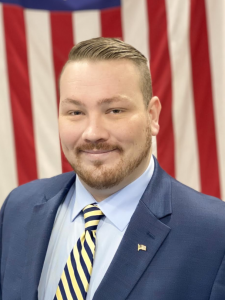 The Democrats have selected their candidate for an upcoming special election in Northwest Pennsylvania.

Phil Heasley, a Butler County business owner, was selected to be the Democratic nominee for the upcoming special election in the state House’s 8th District to face Republican Timothy Bonner, a Grove City attorney.

The special election to fill the seat vacated by state Rep. Ted Nesbit (R-Mercer), who resigned after being elected as a Mercer County Common Pleas Court judge, will be held on March 17.

According to the Sharon Herald, Heasley said his priorities if elected would be to help develop jobs in the district and retain younger residents, who he believes are leaving for areas with more opportunities.

“Everyone who graduates school leaves our community because there are no jobs here,’’ Heasley said, according to the Sharon Herald. “We need to create a community where we don’t lose our youth.’’

He also pinpointed affordable access to healthcare and expanding broadband service in rural regions as a priorities.

The Sharon Herald also reports that Tom Posch, a retired steamfitter, was intending on seeking the Democratic Party’s nomination, but withdrew from the race before the county recommended a candidate. On Monday, the Pennsylvania Democratic Party sent out a release sharing the news that Heasley will be their party’s nominee.

Nesbit, who served three terms in the state House, won his most recent reelection bid in 2018 by 41 points over Democrat Lisa Boeving-Learned.