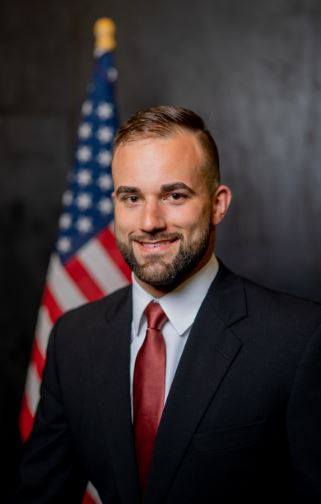 On Thursday night, Republican committee members gathered in Lewisburg to select their nominee for the state’s 85th House District.

David Rowe, vice chair of the East Buffalo Township board of supervisors and local businessman, was awarded the GOP nomination for the upcoming special election to fill the seat vacated by newly elected Congressman Fred Keller (R-Snyder).

According to the Daily Item, Rowe bested Ben Ranck, a former aide to Keller, in a 9-8 roll call vote, which was later changed to a unanimous vote. Darwin Swope and Clair Moyer also expressed interest in receiving the nomination, but did not receive any votes from the conferees.

Keller, who represented the 85th district for the past 8 years, vacated from this seat after winning in bid for the 12th Congressional District.

Rowe lauded the work Keller did in the state House and called for party unity leading into the special election.

“Let me acknowledge Congressman Fred Keller, who admirably served the people of Snyder and Union County for eight years in the state legislature. I am proud to call Fred a friend and I can only hope to live up to the standards he has set,” Rowe said, according to the Daily Item. “We must come together as a Republican party and keep the district in Republican hands, and we cannot take anything for granted.”

In making his case to represent the GOP friendly district, Rowe preached fighting for lower taxes, supporting the second amendment, and being pro-life.

“I will fight for stronger economic growth and more family-sustaining jobs, lower taxes, a robust farming community, and less burdensome regulation on small businesses,” Rowe said according to WKOK. I will stand up for our conservative values against the liberal Democrats who push for bigger, more intrusive, and more expensive government. I am Pro-Life, support the Second Amendment, and will work to protect religious liberty.”

The Daily Item reports that Dr. Jenn Rager Kay, Adam Rosinski, Bonnie Hamilton and David Heayn are vying for the Democratic Party nomination, which will be made on Thursday night.

The special election will take place on August 20.