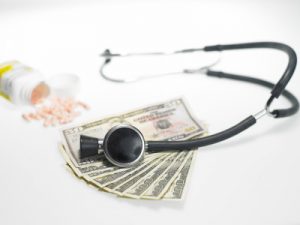 Healthcare reform has become one of the leading topics of national Democrats and Republicans to push against their opponents ahead of 2018.

The introduction of the Senate’s Graham-Cassidy plan was used by the Democratic Congressional Campaign Committee (DCCC) to try to get the four Congressmen they are targeting in Pennsylvania on the record on the bill.  The DCCC is targeting Congressmen Ryan Costello (R-Chester), Brian Fitzpatrick (R-Bucks), Pat Meehan (R-Delaware), and Lloyd Smucker (R-Lancaster).

In four releases, one for each Congressman, DCCC spokesman Evan Lukaske said the plan “punishes Pennsylvania and rips away healthcare funding from Pennsylvania families.”

The DCCC cites a study of the Graham-Cassidy plan by Avalere Health that says Pennsylvania would lose $15 billion in federal funding compared to what it would get under current law.

Lukaske called on the four Congressmen to take a stance on the bill.

The National Republican Congressional Committee (NRCC) responded to the DCCC by pointing to the silence by many Congressional Democrats and Democratic candidates on the medicaid for all plan that Senator Bernie Sanders introduced last week.

“Has the DCCC already forgotten that less than a week ago their party introduced a socialist single-payer healthcare plan that would cost $32 trillion over ten years?” NRCC spokesman Chris Martin said in an email to PoliticsPA.

Democrat Chrissy Houlahan, who is running to challenge Costello next year joined in the DCCC’s call for Costello to take a position.

“Pennsylvania families cannot afford this and our commonwealth would lose about $15 billion in federal healthcare funding by 2027. Representative Costello, will you stand with your constituents in Pennsylvania in opposition to this dangerous bill,” Houlahan said in a release.

Houlahan has been taking heat from Republicans for not taking a position on whether she supports single payer healthcare.

“Chrissy Houlahan has stonewalled four local reporters over the last six months when asked to state her position on single-payer healthcare. Until she stops playing politics and finally tells voters where she stands on her own party’s healthcare proposal, she has no credibility on the issue,” Martin told PoliticsPA.

Both sides likely see healthcare as being a major part of the campaign next year.  The debate will likely be spurred as proposals to change the way healthcare is dealt with on the national level.  The DCCC and NRCC will continue to hone their message on the issue as they test different messages through earned media, and internal polling on the issue.