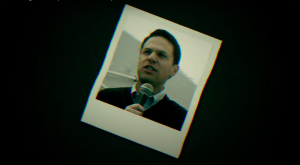 The 60 second spot begins with a clip from a television news broadcast detailing the economic hardships those in the state are facing due to COVID-19 and the issues some are having with receiving unemployment benefits.

Following the local news clip, it features a Shapiro radio interview, where he said he thinks that Gov. Tom Wolf is doing a “very good job” in responding to the coronavirus and for the time being is “staying in my lane.”

“These are unprecedented times, unprecedented need, unprecedented challenges, I think the governor is doing a very good job and we’ll leave it at that,” Shapiro said. “I’m focused on doing my job and staying in my lane.”

The second half of the ad paints Shapiro as an Attorney General who has gone “AWOL” and claims he won’t call the governor to assist working families impacted by the coronavirus.

“That’s Attorney General Josh Shapiro, saying he won’t intervene for Pennsylvanians who can’t get unemployment benefits because the system is broken,” a voiceover says in the ad. “Josh loves free publicity, but when there’s real work to be done, General Josh goes AWOL.”

The Shapiro campaign fought back in the claims in the ad saying that he is focused on a number of issues in the state, while claiming that Heidelbaugh is “desperate for some attention to her campaign.”

“Obviously Heather Heidelbaugh is desperate for some attention to her campaign,” said Dana Fritz, Campaign Manager for Shapiro. “The record is clear: Attorney General Shapiro is working hard every day to protect Pennsylvanians during this crisis. His office has handled nearly 5,000 price gouging tips, secured commitments with financial institutions across PA to expand consumer relief, protected tenants from eviction, delivered financial support and benefits for gig economy workers, published rights and resources guides, acquired essential PPE for frontline workers and communities of color, fought for increased student loan protections… and much more.”

The Heidelbaugh campaign wouldn’t say exactly how much the ad buy is for, but said that it is running statewide, but targeted specifically to swing voters. The 60 second spot will run on Facebook and Google ads and there isn’t a timeline for how long it will run.

The ad signals a growing rift between Democrat and Republican responses to COVID-19. While Republicans around the state have led the charge in pushing for the economy to reopen for the past few weeks, Democrats have largely stood behind Wolf’s plans to reopen the economy gradually.