Heidelbaugh Under Fire from Philly FOP After Ad with Slain Officers 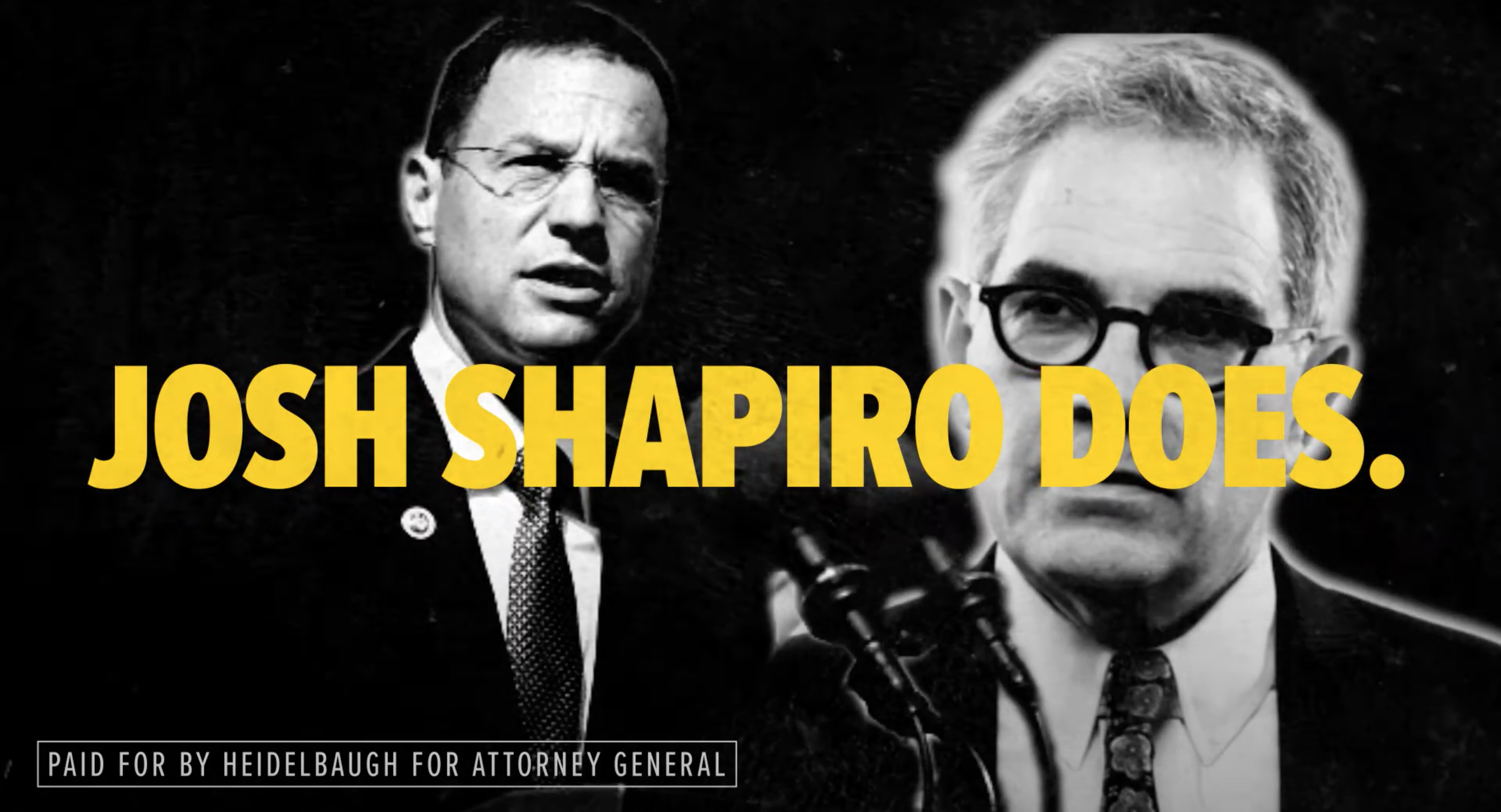 Heather Heidelbaugh’s effort to position herself as the pro-police candidate backfired badly this week, as the President of the Philadelphia Fraternal Order of Police condemned her campaign’s use of names and photos of fallen officers in an ad blasting incumbent Attorney General Josh Shapiro.

“Larry Krasner, Philadelphia’s anti-cop District Attorney, wants a peace and reconciliation commission. He wants the police to apologize for doing their jobs,” the ad says. “What does Josh Shapiro say? Nothing.” It says Shapiro should, “step in to stop Krasner’s antics.”

In the latter part of the spot, images of Philadelphia police officers killed in the line of duty show on the screen, followed by their names, with the words, “They Don’t Have a Voice Anymore” front and center on the screen.

FOP Lodge 5 President John McNesby blasted the ad and called on the Heidelbaugh campaign to take it down.

“I Was just made aware of a despicable add by the Republican candidate for AG. She slammed Krasner and Shapiro. She used the faces of our fallen heroes to do so. What a low blow to our families !!!” McNesby wrote in a since-deleted tweet. “Suppose one of them is sitting home and sees their loved one on TV. Let’s send a message. Keep our dead heroes out of your political ads…….especially without permission.”

He urged people to contact Heidelbaugh’s campaign, saying the ad “SINKS TO A NEW LOW.”

Heidelbaugh’s campaign said it was no longer spending to promote the video, characterizing it as having run its planned course, to be followed by new ads forthcoming. It remains on the campaign YouTube page without edits.

“We have the utmost respect for the men and women who serve in law enforcement. That’s why we think it’s important to have a discussion about Shapiro’s silence,” said campaign spokesman Dennis Roddy. “Josh Shapiro continues to abet leftist Philadelphia DA Larry Krasner and his campaign against that city’s law enforcement officers. Our message remains: the men and women shown in that ad need a voice defending their legacy against such a betrayal.”

It makes sense for Heidelbaugh to link Shapiro to the left of his party in pursuit of its support. Like many police unions, FOP Lodge 5 is traditionally Democratic but has trended Republican in recent years. In 2016 it endorsed Donald Trump for President and Shapiro for AG; McNesby and Shapiro maintain a good relationship.

Shapiro, who is widely expected to run for Governor in 2022, has sought a delicate balance between law enforcement organizations and a rising progressive movement that is very critical of police policy. He and Krasner have publicly jousted before, notably in 2019 when the Pennsylvania General Assembly passed legislation that allowed Shapiro to have joint jurisdiction over gun crimes in Philadelphia. Krasner accused Shapiro of participating in a “power grab,” according to the Philadelphia Inquirer, although Shapiro ultimately did not use this power (the point of Heidelbaugh’s attack). Subsequently, Krasner told the Inquirer on June 30 that their relationship is “in a much better place.”

Shapiro’s campaign slammed echoed McNesby and said he stands with those families tragically killed in the line of duty.

“It’s shameful that Heather Heidelbaugh would exploit the names and images of fallen officers for a desperate political attack ad, without their families’ permission,” said Shapiro campaign manager Dana Fritz. “Attorney General Shapiro has always stood with the families of fallen officers and attends survivors’ events annually to privately meet with and comfort the spouses, children and loved ones of those tragically killed in the line of duty.”

F.O.P. Lodge 5 Vice President Nicholas DeNofa said in a statement to PoliticsPA that the ad was in “incredibly poor taste” and lauded Shapiro as a “very strong supporter of law enforcement” in the state.

“While this is a political campaign squabble, we do believe that it was in incredibly poor taste to use our fallen heroes for political props for the media,” DeNofa said. “We don’t ever support candidates that cheapen the sacrifice our heroes and their families have made.”