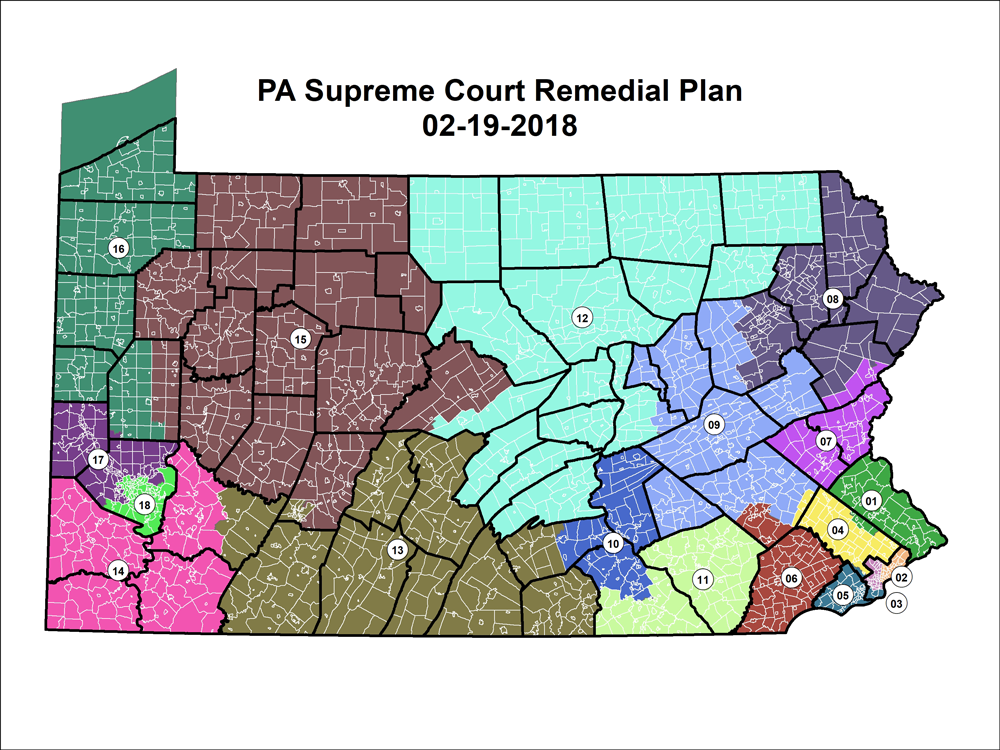 The Scarnati-Turzai submission explicitly aimed to keep constituents in their current districts as much as possible – with a stated purpose of avoiding confusion, but with a real impact of preserving much of the partisan advantage from the 2011 maps.  This new map from the Supreme Court does not follow that same strategy.  This map is wildly different from the one we have had since 2011, complicating the comparison of new districts to old.  The composition of the newly unveiled districts, relative to their districts of origin, is presented in Figure 2.

On this chart, the new districts from the remedial plan are listed vertically down the left side, and the district of origin for their new constituents is represented by the size of each colored bar.  For example, over 90% of the population of the new PA-01 were constituents of the old 8th district.  The new PA-09, on the other hand, was created from nearly equal portions of the old 6th, 11, 15th, and 17th districts.

Figure 3 shows the result of these comparisons, in terms of average Democratic candidate margin based on statewide candidates from 2014 and 2016.

The performance of the old district is represented in each case by a hollow outlined bar, and the performance of the new districts from the Court’s map are presented as filled bars.  For each pair of districts, the label on the axis shows not only the identity of each district, but also the percent of the constituents within the new district that resided in the old district to which the comparison is being made.

There is still a lot to unpack about the remaining implications of this map, as it relates to open seats, primary candidates being cast into different districts, and – notably, the 18th Congressional District which will once again be an open seat, regardless of the results of the March 13th Special Election, as Rick Saccone will have to run in a heavily Democratic district against Rep. Doyle, and Conor Lamb will have to take on a well-funded incumbent lawmaker in Rep. Rothfus in the newly drawn PA-17.

The following 18 charts show individual candidate performance in each district, represented by Democratic margin of victory, for statewide candidates between 2010 and 2016.  The grey bars represent the districts from the 2011 Congressional map that the new districts are being compared to, and once again, in the legend, the percent of shared constituents is noted. 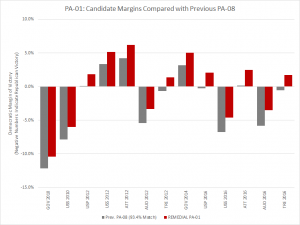 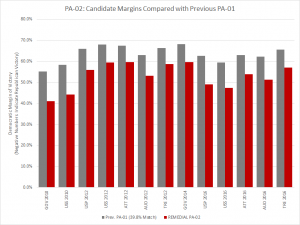 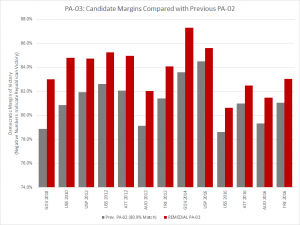 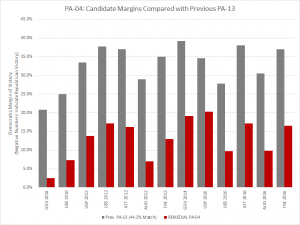 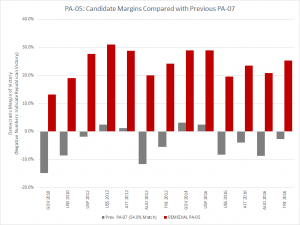 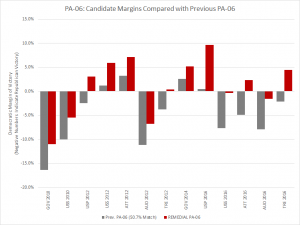 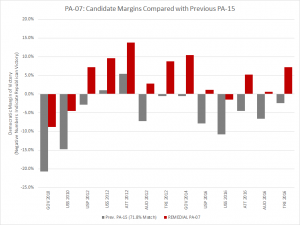 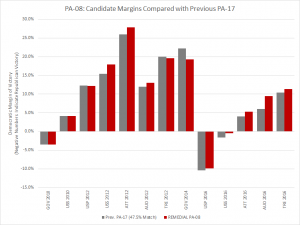 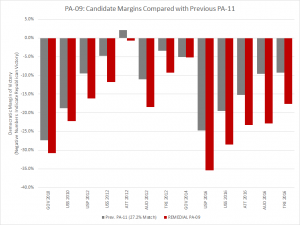 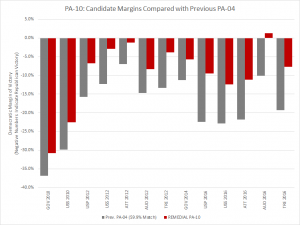 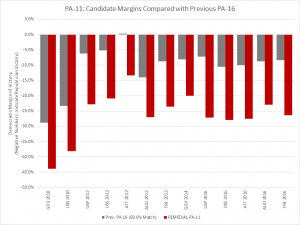 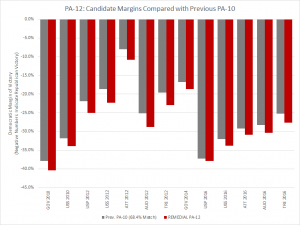 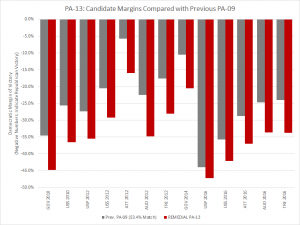 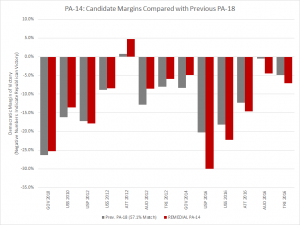 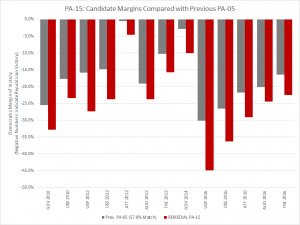 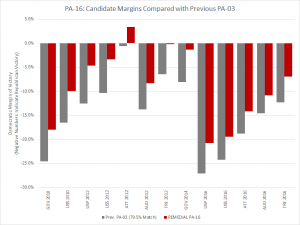 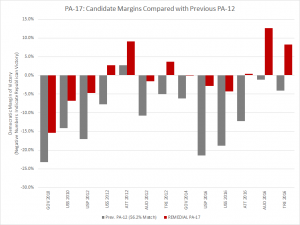 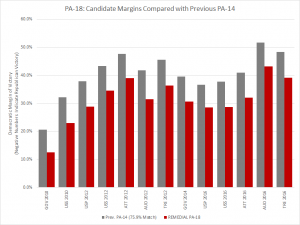 The Supreme Court released a report on municipal and precinct splits in their map, that included the population allotted to each district for the 18 municipalities that spanned multiple districts.  As a shortcut, to account for these splits, I took the municipal-level election result history and divided the vote totals proportionately between the districts based on the share of the municipal population in each district.  This could introduce a small degree of error, if the population being split within the municipality is not uniform in their voting habits, but this would amount to no more than a rounding error.  Using this shortcut also accounted for split precincts, which otherwise would have entered a different small source of error into the calculations.