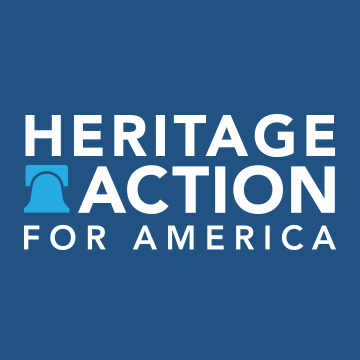 The results of the 2016 presidential election may have indicated a redrawing of the political landscape for future elections. One conservative group believes the swing state of Pennsylvania is primed to be added into the conservative coalition and is making the state a priority in 2020.

Heritage Action, a group that turns “conservative ideas into reality” and sister group of Heritage Foundation, has selected Pennsylvania as one of their four states included in its “Project 2020” plans.

“We’ve identified Pennsylvania as a state that is key to the future of conservatism, that will hopefully be receptive to conservative messages,” Noah Weinrich, Press Secretary for Heritage Action said in an interview with PoliticsPA. “We really believe that our policies are better for the nation and for Pennsylvanians.”

Prior to the COVID-19 pandemic, the group announced plans to knock on over half a million households in Pennsylvania, North Carolina, Iowa, and Wisconsin and engage in conversations about the issues most important to them. While the coronavirus may alter the amount of doors knocked for the effort, the specific issues that are at the forefront of Project 2020 remain the same for Heritage Action – culture, immigration, the future of work and education, and the economy.

The spokesperson for Heritage Action pointed to polling the group conducted in 2019 on these specific issues in battleground states and swing congressional districts as proof that these are winning arguments to add individuals into the conservative movement for 2020 and beyond.

While all four issues will be stressed to Pennsylvanians in their 2020 effort, they believe education is a specific topic that will resonate the most in the state.

“One opportunity there is education,” Weinrich said about Pennsylvania to PoliticsPA. “We can promote some of our education policies, like workforce training, vocational schools, ways to lower the cost of education, help people access trade schools, vocational schools, two years schools and not have to take out six figures of debt.”

The group also pointed to working class/blue collar voters in areas of Pennsylvania that voted for President Barack Obama twice then flipping to President Donald Trump in 2016 as targets to attract into the movement, saying that they are “newly conservative.”

Heritage Action, which plans on spending a total of “around a half of a million” in Pennsylvania in 2020, also pinpointed six specific counties in the state as their “target counties” – Allegheny, Bedford, Blair, Fayette, Washington and Westmoreland.

“These are areas where we do feel there are communities that are open to the conservative message, but not necessarily traditional GOP hardliners,” Weinrich said to PoliticsPA.

The Pennsylvania Democratic Party said that Heritage Action’s effort to persuade voters into the conservative movement will not resonate in the state.

“We’re witnessing in real-time the results of the far-right policy and politicians pushed by groups like Heritage Action: one of the greatest crises America has faced in decades, made far worse by incompetent Republican leadership that devalues science and a functional government,” said Brendan Welch, Pennsylvania Democratic Party Communications Director. “We will continue our unprecedented grassroots organizing program to elect Democrats up and down the ballot who will provide steady leadership and always act in the best interest of Pennsylvania families.”

Of the six target counties, Allegheny County remains the most progressive as the lone county in western Pennsylvania that voted for Sec. Hillary Clinton over Trump in 2016. While Trump secured double digit victories in the other five target counties, Bedford County had the largest margin of victory by percentage with Trump garnering 82% of the vote there.

Even in Gov. Tom Wolf and Sen. Bob Casey’s successful double digit reelection bids in 2018, neither of them won the five other target counties, although they made significant improvements over Clinton in 2016.

Although door knocking is currently on hold due for Heritage Action due to COVID-19, Weinrich said that they converted about 25,000 door knocks into calls last week in the state. In addition to that form of voter outreach, they also launched digital ads last week on the highlighted issues, which currently have no end date in sight and will likely “run for a good portion of this year.”

The group hasn’t singled out specific candidates in 2020, but they have supported elected officials in 2018 and 2012. In the most recent midterms, Heritage Action offered support for Reps. Scott Perry (R-York) and Keith Rothfus (R-Allegheny).