Houlahan, Lamb To Campaign for Biden in Iowa 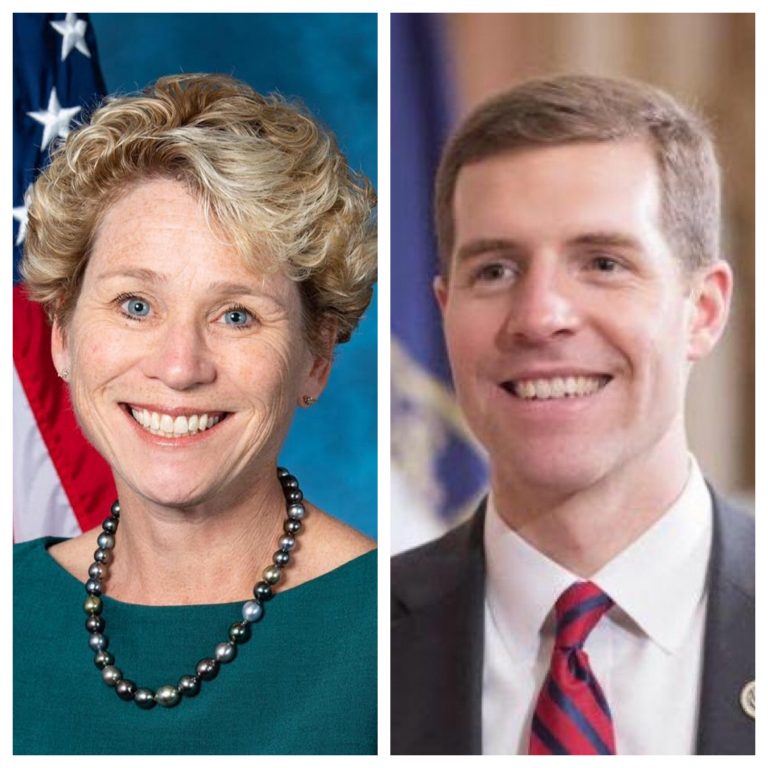 Earlier this month, Reps. Chrissy Houlahan (D-Chester) and Conor Lamb (D-Allegheny) pledged their support for former Vice President Joe Biden’s presidential campaign. This week, the two Pennsylvania Democrats from moderate suburban districts participate in the full court press to sway voters in the Hawkeye state as the Iowa Caucus is less than 2 weeks away. Houlahan and Lamb will be campaigning separately in Iowa.

Lamb is wrapping up a three day campaign swing for Biden on Thursday evening after participating in 9 different events for the Biden campaign. According to a press release, Lamb joined Biden at two events on Wednesday, one labeled a “Community Event” in Mason City and the other billed as a “Foreign Policy Community Event” in Osage. During his trip to Iowa, he also participated in four meet and greets and three phone banks.

The last event for Lamb according to the press release will be a phone bank on Thursday evening in Fort Dodge. Lamb’s visits in the state for the Biden campaign included four events in Mason City, two events in Osage, and one event each in Armstrong, Des Moines, and Fort Dodge.

The Biden campaign announced on Thursday afternoon that Houlahan will take part in the “We Know Joe” tour on Saturday and Sunday. Houlahan will be joined by Reps. Colin Allred (D-TX) Abby Finkenauer (D-IA) in the two day swing to meet with Iowans in Cedar Rapids, Oelwein, Waukon, Decorah, Waverly, and Marshalltown.

The release from the Biden campaign said that they will “highlight the imperative that Democrats select a nominee that will not only ensure we beat Donald Trump, but also help the party win up and down the ticket next November in battleground districts and states.”

On Sunday evening, Houlahan and the two other Congressmembers will join Biden for a community event in Marshalltown.

This appears to be Houlahan’s first campaign trip for the Biden campaign, while Lamb hit the campaign trail in New Hampshire the previous weekend. Biden campaigned for both Houlahan and Lamb during their 2018 bids for Congress.

Biden has secured the endorsements of five Democrats in the state’s Congressional delegation, which is a majority of the nine member delegation. Reps. Madeleine Dean (D-Montgomery), Mike Doyle (D-Allegheny), Mary Gay Scanlon (D-Delaware), and Susan Wild (D-Lehigh) have yet to formally announce an endorsement for president.

The Republican National Committee and the Pennsylvania Republican Party did not immediately respond for comment on this news, although when asked about Lamb’s trip to New Hampshire the previous week, they accused Lamb and Rep. Brendan Boyle (D-Philadelphia) of being “nothing more than feebleminded pawns in Nancy Pelosi’s political vendetta against President Trump.”

The Real Clear Politics average shows Biden leading the Democratic primary field with 28.7% of the vote, while Sen. Bernie Sanders (I-VT) is in second with 22%, and Sen. Elizabeth Warren (D-MA) in third place with 14.8%. Despite Biden’s sizable lead in the national average, the polls in Iowa and New Hampshire show a neck and neck race between the Democratic frontrunners.

The Real Clear Politics average shows Biden leading Sanders by 3.7%, while Warren trails the leader by only 4.3%, and South Bend Mayor Pete Buttigieg in fourth just .4% behind Warren in Iowa. In New Hampshire, Sanders holds a four point lead over Biden, followed by Buttigieg trailing Sanders by just under 7%, and Warren in fourth place 7.6% behind the lead, according to Real Clear Politics.

Biden holds a steady in the Pennsylvania Democratic primary leading the pack with 25%, followed by Warren with 14.3%, and Sanders at 10.7%, although the most recent polling to contribute to the Real Clear Politics average was conducted by Franklin & Marshall College in late October. The latest Baldwin Wallace University Great Lakes Poll, which was released earlier this week, but is not included in the RCP average, shows the former Vice President with a double digit lead over Sanders.