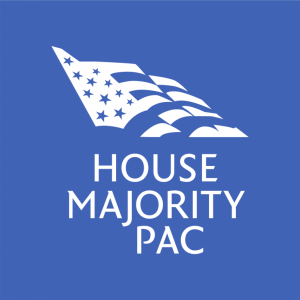 A Democratic super PAC endorsed by House Democratic leadership is upping its television ad buy in 17 markets across the nation, including Philadelphia.

Politico reports that House Majority PAC, which previously announced it was reserving $9.5 million into four different markets in the state in the Spring, is reserving an additional $1.3 million in TV ad buys in the Philadelphia market. This buy includes broadcast and cable.

Prior to this latest ad reservation, HMP already announced it was reserving $6.1 million in TV ads for the Philadelphia market. The initial Spring rollout announced that HMP plans to spend $1.4 million in Wilkes Barre, $1 million in Harrisburg, and $1 million in Pittsburgh this cycle.

Although HMP didn’t specifically announce which races that they are targeting with this additional ad buy, Politico mentioned attempting to unseat Rep. Brian Fitzpatrick (R-Bucks) and boosting Rep. Susan Wild (D-Lehigh) as the two most likely races that they will weigh in for the Philadelphia market, in addition to two races in New Jersey.

HMP isn’t alone in announcing the additional air time for the Philadelphia market. The Democratic Congressional Campaign Committee also announced in late August that they plan to spend an additional $960,000 in the Philadelphia market, making their nearly $2 million total ad buy for the market as the largest for any in the Keystone State. The DCCC also announced in late-May, that $1 million was being reserved for the Harrisburg market and $400,000 for the Wilkes-Barre/Scranton market.

Republicans are also heavily investing into the Philadelphia airwaves.

In the Spring, the Congressional Leadership Fund, a GOP super PAC endorsed by House Republican leadership, announced an ad buy that includes a $6.5 million reservation for the Philadelphia market and $800,000 for the Harrisburg market, although a spokesperson for CLF said that additional reservations will be made in the state later on.

In June, the National Republican Congressional Committee announced that they were reserving $3.6 million for the Philly airwaves. This $3.6 million investment from the NRCC into Philly airspace is the largest ad buy for one single market in the nation, with the next highest ad buy for the NRCC being $2.66 million reserved for Minneapolis. The NRCC wouldn’t say which specific races are being targeted in the Philadelphia ad buy, but said that all of the reservations are “offensive buys,” trying to unseat Democrats.