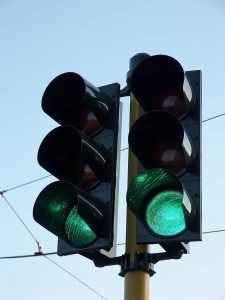 The third time’s the charm.

Rep. Nick Micozzie’s (R-Delaware) amendment to the transportation funding bill passed on its third vote Tuesday, 104 to 95, effectively sending the $2.3 billion to the Senate.

The amendment failed in two votes Monday night, by a larger margin its second time up..

Micozzie’s amendment included an increase in gas and vehicle taxes, as well as an increase to the threshold for prevailing wage. The funding includes $500 million for mass transit.

Transportation funding has long been a goal of Governor Tom Corbett’s and he released the following statement immediately after the vote.

“Today, the House of Representatives made a dramatic choice to invest in the future of Pennsylvania,” Corbett said in a statement. “My sincere thanks to Sam Smith for his leadership on this critical issue and to those House members who accepted the challenge to bring us one step closer to delivering a comprehensive transportation plan for the people of Pennsylvania.”

“It is beyond disappointing that the Pennsylvania House chose to adopt an amendment this evening extracting more funding from taxpayers. Pennsylvania families are forced to prioritize their spending to take care of their needs instead of their wants,” Knepper said.

The bill will face a final vote Wednesday in the House and will, presumably, move to the Senate. That chamber passed a broader bill this summer.

But Democratic Leader Jay Costa (D-Allegheny) is likely to push for a removal of the prevailing wage language. In a press conference back in June, Costa laid out his firm position against changing prevailing wage.

“[We] talked about two very, very important issues, prevailing wage and right-to-work.  There’s no need for any of us to have any of those type of conversations now, or in the future as we go forward,” Costa said. “Senate Democrats don’t believe in addressing those issues.  We need to leave them alone and move forward as a Commonwealth along those lines.”