How Allyson Schwartz was transformed from front-runner to distant second place. 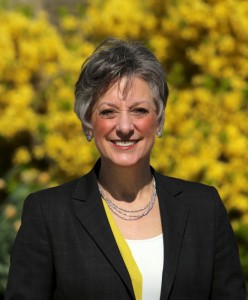 In 2000, then-State Senator Allyson Schwartz ran statewide for the Democratic nomination to challenge U.S. Senator Rick Santorum. The only woman in a field with 5 men, Schwartz raised and spent nearly $2 million – an impressive sum at the time, and 1/3 more than her closest competitor. But when the votes were cast, Schwartz finished in distant second place with only 26.5% of the vote.

Fourteen years later, after spending a decade in Congress and more than $20 million promoting herself in various campaigns, Schwartz – who spent much of this year’s Democratic gubernatorial primary being hailed as the frontrunner – once again ended up in distant second place, garnering only 18% of the vote. The magnitude of her collapse was startling. Not only did Schwartz fail to win her home base of Philadelphia and Montgomery counties, but she finished fourth in nearly every county outside of the greater Philadelphia region. 50,000 fewer Democrats voted for Schwartz in 2014 than in 2000, despite significant growth in the number of registered Democrats in Pennsylvania.

Given Pennsylvania’s poor record in electing women to office – only 17% of our state legislators are women – some may misinterpret Schwartz’s loss as more evidence of how difficult it is for women to win office in the Keystone State. There’s no question that sexism plagues American politics, and that women face additional hurdles to get elected. But there’s ample evidence that Schwartz’s two resounding statewide defeats are due more to her actions and record than her gender.

After Kathleen Kane became the first woman and the first Democrat ever elected Attorney-General, in a landslide that saw her draw more votes than President Obama or Senator Casey, some political pundits proclaimed the dawn of a new era. Dismissing Kathleen’s hard work, some attributed her victory to her gender. The longtime Montgomery County chairman Marcel Groen told the Inquirer that Kane, “is a moderate woman, which is attractive in the Philadelphia suburbs. She was qualified, and she was attractive to look at…You put those three things together and you don’t screw up, and you’ve got a winning campaign.”

The Schwartz campaign adopted part of this condescending subtext, arguing that Schwartz was best positioned to harness the energy that propelled Kane to statewide prominence.

But this revealed a fundamental ignorance of Kathleen Kane’s appeal to voters. Kane burst on to the scene as “a prosecutor, not a politician” who had never run for office before and who, despite her strong prosecutorial credentials, was opposed by most of the Democratic party establishment….including, notably, Allyson Schwartz, who cut a TV ad praising Kane’s male primary opponent.

After 23 years in Harrisburg and Washington, Allyson Schwartz presented a very different profile. She ran for Governor as the unbeatable frontrunner, trumpeting her institutional endorsements and years of experience as an elected official. Her language on the stump was often mired in legislative details and accomplishments. Her first television ad focused on her success in passing “CHIP,” leaving viewers scratching their heads about what it was (a worthy initiative to provide health insurance to children).

In Kane’s most memorable 2012 ad, she pledged to stand up to “the good ol’ boys in Harrisburg.” When Schwartz mimicked that language last month by criticizing the “old boys club” in Harrisburg, it fell flat because she simultaneously sent cues that she was part of that establishment.

Schwartz also made a series of tactical blunders. Her campaign spent an astounding $1.9 million in 2013 with little to show for it…money that could’ve been better spent when Wolf surged from the back of the pack to the lead.

In 2002, Ed Rendell was trailing Bob Casey Jr. by a broad margin in the Democratic gubernatorial primary. But Rendell surged into the lead after Casey let him have a month alone on TV to introduce himself; Casey was never able to strip those supporters off Rendell. This year, Tom Wolf started running TV ads on January 30, yet Schwartz didn’t begin running her ads until 9 weeks later. Schwartz had fewer resources than Wolf, but she could’ve started her TV campaign earlier if she hadn’t wasted so much money a year before Democrats voted.

By the time she did start to run TV ads, she did so in a puzzling manner….her first three ads were exclusively her talking, even though Schwartz was not a compelling performer. Most Pennsylvanians are wary of Philadelphia politicians, as evidenced by the fact that Rendell is the only Philadelphian elected Governor since World War I, yet Schwartz’s final ad branded her as “Philadelphia’s own.”

Schwartz started the race as the front-runner and she was well-funded enough to remain competitive. Tom Wolf deserves credit for running a very good campaign, but the size of his victory ultimately has a great deal to do with the campaign that Schwartz ran.