How Does Anyone Campaign With All This Going On? 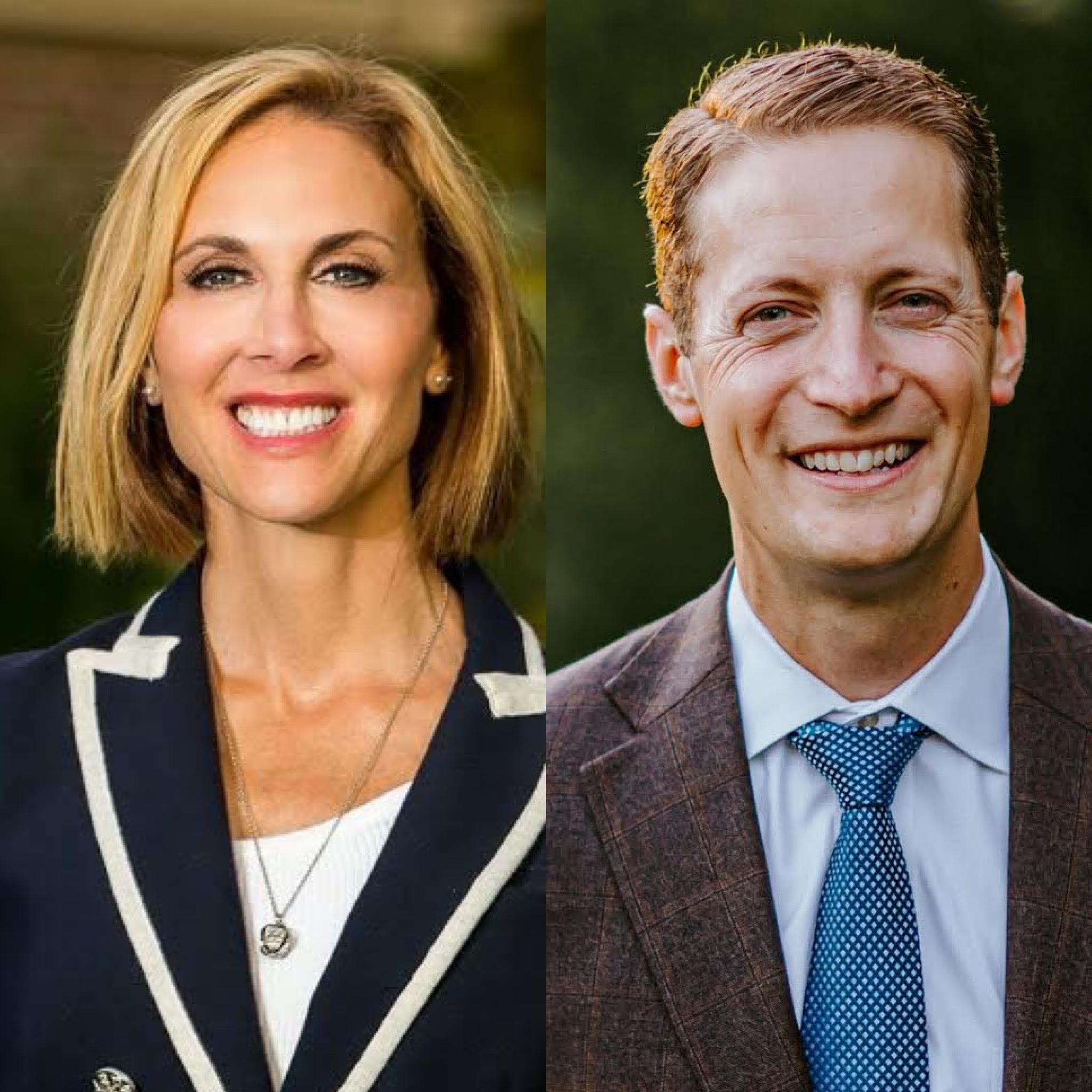 McCANDLESS – Campaigning during the COVID-19 pandemic and a heated presidential contest is a unique challenge for down ballot candidates across Pennsylvania and the nation. Now imagine running in a race for an open seat, held by the former Speaker of the Pennsylvania House, in a swingy part of a swing state.

Republican Rob Mercuri, an Iraq War veteran and vice president at PNC Bank, and Democrat Emily Skopov, a nonprofit executive, are heading into the home stretch of the 28th House District in Allegheny County’s North Hills.

Increasing polarization between the two parties makes it difficult to sway voters on opposite ends of the aisle, but both hopefuls said in sit-down interviews that local issues will help move voters in either party to back their respective bids for office.

“I think in Pennsylvania right now, in western Pennsylvania in particular, there are a lot of undercurrents that are just very localized,” Mercuri said. “It’s how soon can we restart the economy, it’s making sure that our public schools are fully funded, making sure that our communities are safe, and making sure that as we talk budget, towards the end of this year and next year, who can go to Harrisburg and represent us in a way that’s fiscally responsible, that keeps our taxes low, that make sure that our economy is growing into this next decade.”

“A lot of people are just desperate to be heard,” Skopov said. “They’re desperate to actually even just be responded to and I think that’s what’s also been unique is that we live in an area where we had a powerful representative, who’s completely disengaged from the majority of the constituents, certainly the ones who couldn’t give the most to a campaign fund.”

The 28th House District was represented by Rep. Mike Turzai (R-Allegheny) since he won a special election in 2001. He served as Speaker of the House from 2015 until he resigned from office earlier this year.

Turzai cruised with relative ease in elections over the past decade by either running unopposed or notching double digit victories. That is, until 2018. That’s when Skopov, a first-time candidate, lost by 9 points in 2018 — closer than the double-digit drubbing many observers expected in the suburban district.

Trump carried the district in 2016 and has been GOP friendly for quite some time, which bodes well for Mercuri, although recent trends indicate that Democrats can make gains in districts like the 28th. Both candidates have to keep an eye on the middle as well as their base, and their campaigns emphasize reaching across the aisle.

“I think probably how to focus on our small businesses,” Skopov said. “Lower the corporate tax rate, I think that is absolutely something that Republicans are interested in doing. I’d like to see us really focus on lowering our corporate tax rate and making this a more attractive climate, a business climate, for new businesses, especially small businesses and making sure that we do that in a way that doesn’t damage the revenue by, we want to close some loopholes, so that corporations are actually paying their taxes to Pennsylvania.”

For Mercuri, he thinks common ground can be found on infrastructure, transportation, and transparency in healthcare.

Although the candidates are seeking to provide an image of a representative that fits the district, the attacks from each campaign attempt to paint the other as out-of-touch.

The attacks against Skopov have centered around her years working in Hollywood, while the jabs taken at Mercuri have accused the GOP challenger of supporting legislation that would allow businesses to discriminate against LGTBQ community.

The conservative PAC Commonwealth Leaders Fund sent out mailers saying that Skopov’s Beverly Hills politics” are bad for families of the district. The liberal American Leadership Committee launched ads accusing Merucir of “wanting to turn back the clock” on LGBTQ matters.

Both candidates fiercely pushed back on these attacks.

“The notion that I would bring and seek to implement what they consider to be ‘California ideas’ here is absurd, given that my husband and I very intentionally moved AWAY from California so that we could raise our children with Southwestern Pennsylvania ideas, values and culture, which are just like the ideas, values and culture with which we ourselves were raised in our very working-class, blue collar towns,” Skopov emailed in a statement to PoliticsPA. “(Seriously — if I thought so highly of those California ideas, wouldn’t I have stayed there??)”

Skopov added that she’s “proud to have succeeded in an extremely competitive industry” and likened it to the Pennsylvania political scene. She also made it a point to push back and refute the claims that she would support tax increases, force people to give up their private insurance, and more.

Mercuri’s campaign also fired back at the attacks from the outside group.

“Instead of substantive dialogue on the issues you care about, my opponent has repeatedly defamed my character,” Mercuri’s campaign said in an emailed response. “We deserve better.”

“I wore the uniform to protect the freedoms of everyone regardless of race, gender, religion, or sexual orientation – and I will be honored to serve again in Harrisburg…. for us all.”

Attacks withstanding, both candidates said they are capable of winning over voters that will be voting differently at the top of the ticket. Here’s their response to how they’d win over Biden/Trump supporters.

“It’s all about family-sustaining jobs,” Mercuri said. “I would encourage that voter to think about somebody like me, who has a family in the district, raising three kids in public school, owns a business here, and has an economic background for my prior work,” Mercuri continued. “I’m somebody who can get the job done to make sure that our area continues to grow economically, and provide family sustaining jobs for all of our constituents and I think that’s a compelling case that regardless of your national affiliations, that you’re still focused on ‘that makes sense to me, that’s a priority.”

How about a Trump supporter? How would Skopov earn their vote?

“For a lot of them, it comes down to the economy,” she said. “That is what has impressed a lot of the Republicans that I’ve spoken to is being able to back up my claim that we’ve, all of them have seen it, that we have a chronic kicking-the-can policy here but who’s going to pick up the can and who’s going to have the guts to do it and say we have to make some long term decisions here and not just think about getting two years from now and two years from now and the next election cycle.”

Although both candidates have unique messages, both acknowledge how much the coronavirus pandemic impacted the way they attempted to reach voters.

“It’s been such a wild ride in such an interesting year for everyone in Pennsylvania and the country and to be running for office in this year adds a layer of complexity to it, right, for any person or any family,” said Mercuri, who only made his decision to run after Turzai announced his decision to resign in January.

Skopov, who ran in 2018, said she never really stopped campaigning after her loss, and the coronavirus forced some major changes.

“We had just been getting started to knock on peoples doors and make phone calls, and then COVID hits,” Skopov said. “That immediately presented a challenge.”

Mercuri, a western PA native, had just begun introducing himself to voters in the district in a three-person primary, including at the PA GOP’s winter meeting. His campaign knocked 3,600 doors in the first couple of the year, but then immediately pivoted to virtual activity. He said they’ve made more than 16,000 phone calls and text messages since.

The campaigns took two different paths during the summer. In July, Mercuri’s campaign began knocking on doors again. The GOP candidate stressed that the campaign always abides by CDC guidelines.

“When we do the doors, we’re at a distance, wearing masks, and we’re going at a different pace that we would have otherwise,” Mercuri said. A spokesperson told PoliticsPA that they’d reached a total of 10,000 doors as of Oct.17.

Skopov hit 40,000 doors in her 2018 bid. But like most Democratic hopefuls, followed VP Joe Biden’s lead and skipped most in-person campaigning until Sept. 26.

“We’ve had some folks do a couple of backyard get-togethers,” Skopov said, which she said included mask wearing and social distancing. “We’ve done a dog walk. We had a group of people show up, we met with them, I talked to them, then we all walked our dogs through the park.”

She also added that prior to resuming knocking doors, that the campaign also did “car caravans” throughout the neighborhoods to drop off literature.

Since resuming door knocking, a spokesperson from the Skopov campaign said that they also postcard the neighbors first and let them know that they’re coming and provide a phone number that they can call or text to opt out of a visit, if they’d like. This is done to ensure that voters feel comfortable enough with the candidate reaching them this way during the pandemic.

Another unique matter in the 2020 elections in Pennsylvania is vote-by-mail. While President Donald Trump has attacked voting-by-mail, both candidates said they trust it as a safe and secure way of casting a ballot in the upcoming election.