How Long Will We Wait for Election Returns? 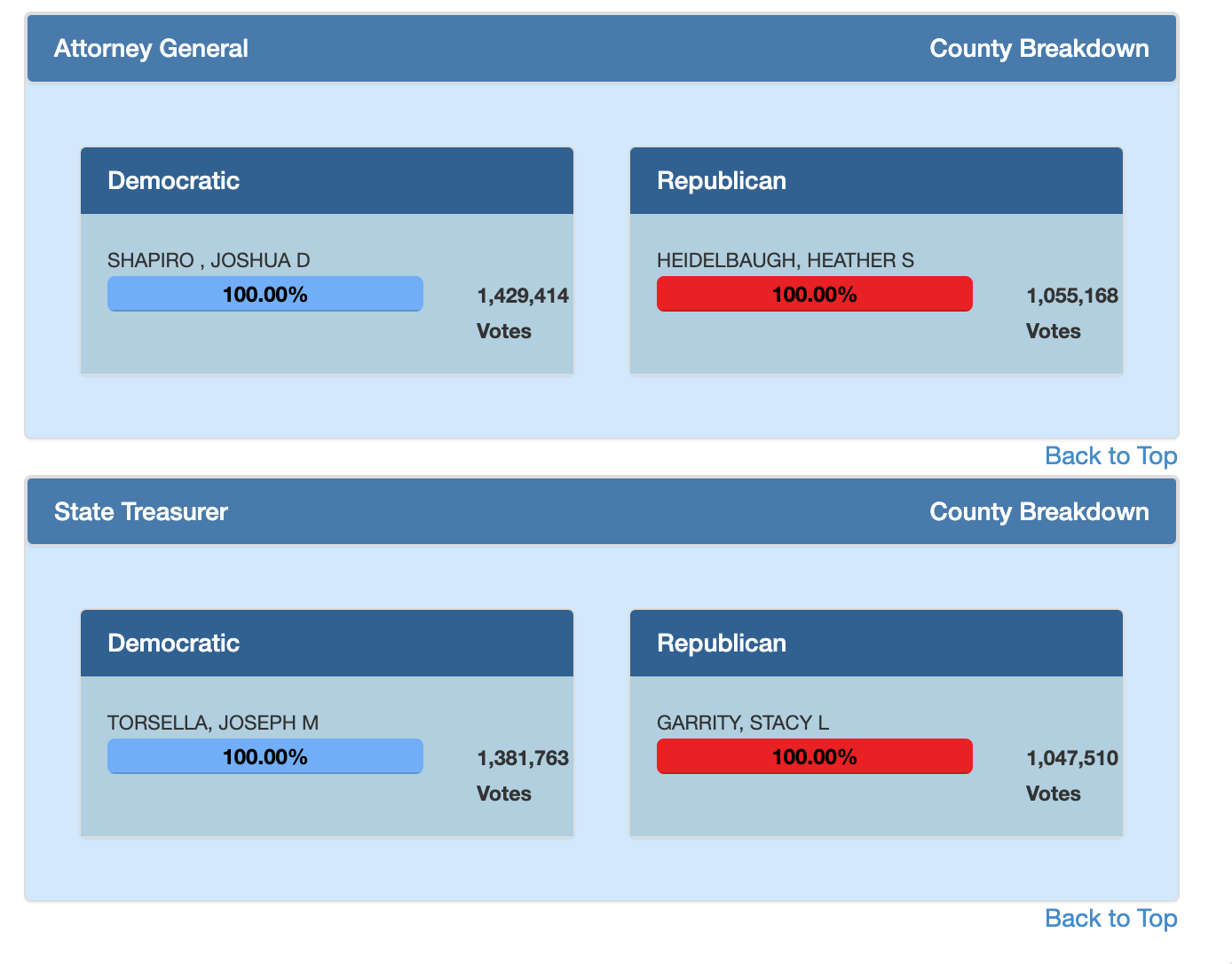 OK, just testing you. Of course you do. Remember how long it took after the polls closed at 8 PM to learn the final outcome? Wait, you’re not telling me that will happen on May 17, are you?

We could know by midnight the outcome of the major races for U.S. Senator, governor and lieutenant governor.

For one reason, fewer people vote in off-year primaries. In the 2018 primary, approximately 750,000 Democrats and 725,000 Republicans cast ballots for Senate and governor. In the 2020 general, 6.8 million votes were cast for president.

So we feel pretty good about our prediction.

“If it seems like smooth sailing [this primary], it’s not because the system is set up for success,” said Lee Soltysiak, Montgomery County’s chief clerk to the Philadelphia Inquirer.

Under PA law, pre-canvassing or the opening of mail ballots prior to the close of the polls, cannot begin until 7 AM on Election Day. That gives election officials just 13 hours to count mail ballots before having to begin the in-person totals.

The ballot is smoothed to permit its reading via optical scanner and then, and only then, is the vote recorded. Depending on the personnel available, this process can be completed by early evening or possibly (probably) longer.

And with just under 60,000 registered Democrats requesting mail ballots, the official vote cannot be completed until the mail ballots have finished the review, open and scan process.

In other words, in a general election, that can make it seem like a Republican is “winning,” but neither candidate is winning or losing: The Republican candidate’s votes are just being counted faster.

But what can be done to “speed things up”?

Counties have adapted to the expansion of mail voting. They’ve bought equipment as simple as letter openers and more tables, and as complex as 40-foot-long ballot-sorting machines. They’ve hired and trained staffers, and gotten a clearer sense of how many people they need across the different vote-counting roles.

“We’ve had time to perfect procedures and know what our resource needs are,” said Lisa Schaefer, executive director of the County Commissioners Association of Pennsylvania. But more needs to be done, she said: “Just because we can do it now based on what we’ve learned doesn’t mean it’s the best way to do things.”

“The need for pre-canvassing, for elections boards to be able to begin to count ballots prior to election day, is still essential to getting a timely and accurate vote count in a high-turnout election,” Soltysiak said. “And absent that, we will wait for results that everyone is on the edge of their seats to receive.”