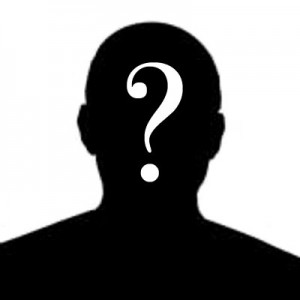 The rumors have spread for a few weeks now. One Republican elected official or another is making calls or dropping hints that, should Gov. Tom Corbett decline to seek re-election, he or she would be interested in running.

They dovetail into the broader conversation within GOP political circles about Corbett and his re-election chances in 2014 – and acute concern that the Governor’s poor polling bodes ill for the party. Not one but three national elections handicappers have suggested another Republican might fare better than Corbett in 2014. The latest was the Washington Post, which named Pa. the state mostly likely to see a gubernatorial party switch next year.

PoliticsPA tracked down the latest buzz, that one or two members of the congressional delegation were making calls. I talked with a dozen Republican party officials, consultants, etc. I won’t publish the names of those rumored to be doing the calling, for lack of on-the-record confirmation.

For any official to be publicly identified making such calls, or for any party operative to admit to entertaining the idea would be a quick way to put his or her higher ambitions on life support. Hence when we started digging, the rumors retreated.

But several GOP politicos, each of whom asked to remain anonymous for similar career-related reasons, had heard the calls were happening.

One Republican operative PoliticsPA spoke with was on the receiving end of such a call. But he didn’t read much into it.

“I think somebody does that to be considered for 2018,” he said.

“I’ve heard that rumbling,” said another Republican party politico. “But the real question is, will Corbett step aside?”

The answer to that question is no, says Corbett campaign manager Mike Barley.

Said one Republican operative in southeast Pa., “The conversation always leads to ‘who’s gonna tell the Governor he can’t win?’ And it always ends with everyone saying, ‘Not me.’”

So, which GOP names are out there as hypothetical candidates for Governor in 2014?

Why he’d run: Gerlach’s higher ambitions are an established fact, as is his history of winning campaigns in the competitive Philadelphia suburbs. He ran for Governor briefly in 2009 before conceding to Corbett’s inevitable nomination.

Why he wouldn’t: He’s at the point now where he’d have to give up serious House seniority to run for another office. And his district is safe enough now that he can spend more of his free time with his family and less calling strangers to ask for money.

Why he’d run: The outspoken car salesman from western Pa. proved a YouTube hit in his first term and the national appearances (mostly on Fox News but also others) haven’t slowed down. His personal narrative – a businessman punished by government – has strong resonance with the party’s base.

Why he wouldn’t: He’s strong on emotional appeal but short on policy nuance. Not to mention low statewide name ID. His geographic base is far away from the GOP center of gravity in the state (although moderate Tom Ridge ran from Erie in 1994).

Why he’d run: Like Gerlach, Meehan briefly floated a bid for Governor in 2009. He’s a former prosecutor with a solid base in his suburban Philadelphia district. He’s articulate and has demonstrated bipartisan appeal.

Why he wouldn’t run: Delaware County Republicans fought to regain his seat and map-drawers worked to keep it in the GOP column. They’d be loathe to risk it to entertain other ambitions. Plus he’s got a solid profile in the House.

Why he’d run: Majority Leader Pileggi has often given off the vibe that he’d like to take a shot at the office. He has strong bipartisan ties in his swingy southeastern Pa. district. And the recent 0-for-3 in Harrisburg highlighted to many Republicans why it could be a good thing to have an executive who knows the legislative process. Pileggi, for the record, went 3-for-3.

Why he wouldn’t: All the negatives of the legislature, of Harrisburg, of the current GOP regime – Pileggi could easily be tagged by all three in a general election. He’s the guy behind the proposal to tinker with the electoral college. His record of voting for Rendell-era compromise budgets wouldn’t play well in a primary. And we have a feeling Republicans in the House wouldn’t be thrilled at the idea.

Why he’d run: The freshman U.S. Senator would be an obvious choice for the state GOP. He’s established himself as a conservative pragmatist and an effective legislator. He has decent name ID, and he’d also bring a $2.4 million pile of dough to the race.

Why he wouldn’t: Toomey is more comfortable in DC than Harrisburg and probably would politely decline the chance to run (although he did briefly seek the office in 2009).

Rob Wonderling, President and CEO of the Greater Philadelphia Chamber of Commerce.

Why he’d run: He has an interesting resume. Wonderling is a former state Senator from Montgomery County and also the former Deputy Secretary of Transportation under Gov. Ridge. And he has connections. He now helms the largest economic development organization in the state in the biggest swing area of the state. Can you say donor networks?

Why he wouldn’t: He’s not first in line in his region, let alone statewide. He’d be outranked by several of his prospective competitors. Besides, why leave a good gig in the private sector just to schlep around the state and ask strangers for money 6 hours a day?

Note: there are numerous other Republicans, such as former state Rep. Sam Rohrer and 2012 U.S. Senate hopeful Tom Smith, who could give the race a look in the event that Corbett decided not to run. The list above is meant to show the likely choices of the party establishment and its donors.

Note II: Some Republicans see Lt. Gov. Jim Cawley as a potential candidate for the top job. But we could think of no feasible scenario where the environment is tough enough that Corbett would decide to depart the race in 2014, yet good enough that Cawley could prevail in a general.