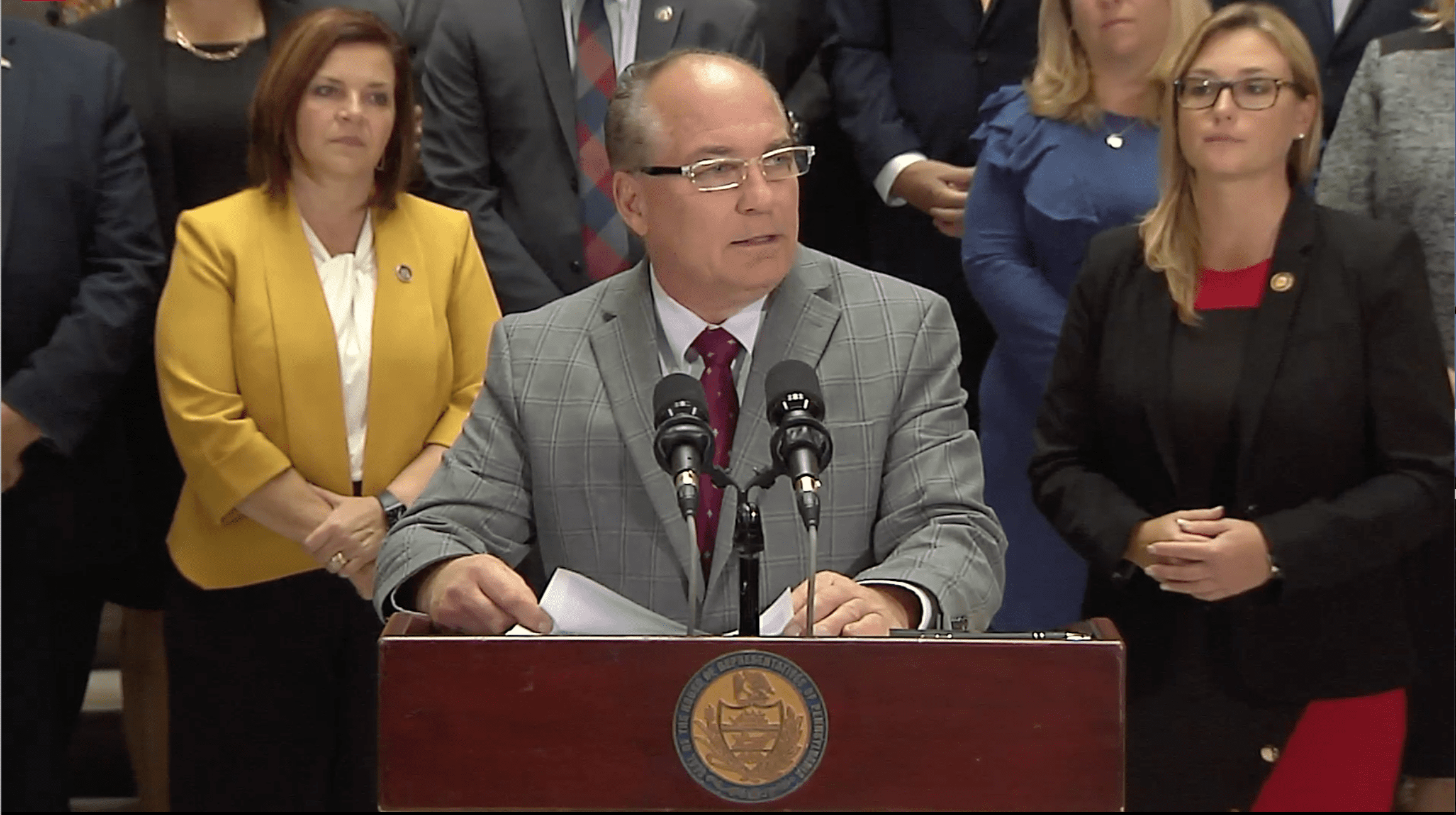 The announcement was made in Harrisburg during a press conference headed by Kerry Benninghoff (R-Centre/Mifflin).

“I believe the people of Philadelphia are no longer free,” said the House Majority Leader. “Day after day, when I see the news of constantly increasing violence in Philly, I think it’s time to say enough is enough. Philadelphia citizens are prisoners of fear.”

This comes on the heels of the Select Committee to Restore Law and Order’s report that tied Krasner’s policies to rising rates of gun violence in the city of Philadelphia. The report did not accuse the DA of criminal conduct and did not recommend impeachment.

Rep. Torren Ecker (R-Adams/Cumberland), a member of the committee, said that “misbehavior in office is the standard” for impeachment and that the “District Attorney has violated provisions of the (state) Constitution.”

The 63-page report did call out Krasner for a declining conviction rate, an increasing number of firearms cases being withdrawn or dismissed, and high staff turnover, seeking to link those issues and others to the city’s ongoing gun violence crisis.

State Rep. John Lawrence (R-Chester/Lancaster), the committee’s chair, said the panel released the report “because the work of the committee has been ongoing and quite frankly, we’ve come to the point where there is so much that needs to be talked about and needs to be put before policymakers not just in this building, but in other buildings, including the City Hall in Philadelphia.”

State Rep. Martina White (R-Philadelphia), the prime sponsor of the articles of impeachment, spoke on recent incidents in the city, including a shooting at a high school after a football practice. “(Krasner) has been derelict in his duty to his city,” said White. “Krasner has tipped the scales of justice in favor of criminals.

According to 2021 data by the Pennsylvania State Police, Philadelphia accounted for nearly 50 percent of the state’s total number of violent crimes (15,030 in Philadelphia, 31,350 statewide).

One of two Democrats on the five-member committee, Rep. Danilo Burgos (D-Philadelphia), told the Philadelphia Inquirer that “there’s nothing that says that [Krasner] committed a crime.”

”It’s starting to look like it’s been their plan all along to undermine the electoral process of the voters of Philadelphia,” he said. “The Republican leadership just wants to continue to create theatrical appearances.”

Benninghoff said that the articles of impeachment will go to the Judiciary Committee and then for a full vote in the House. He said he had a conversation with Speaker of the House Bryan Cutler (R-Lancaster) who is procedurally prepared to extend the General Assembly’s session should it be needed.

The Majority Leader said the House will vote on the bill “as soon as it hits the floor.”