In 2019 Interview, Mastriano Said Women Who Violated Proposed Abortion Ban Should Be Charged With Murder 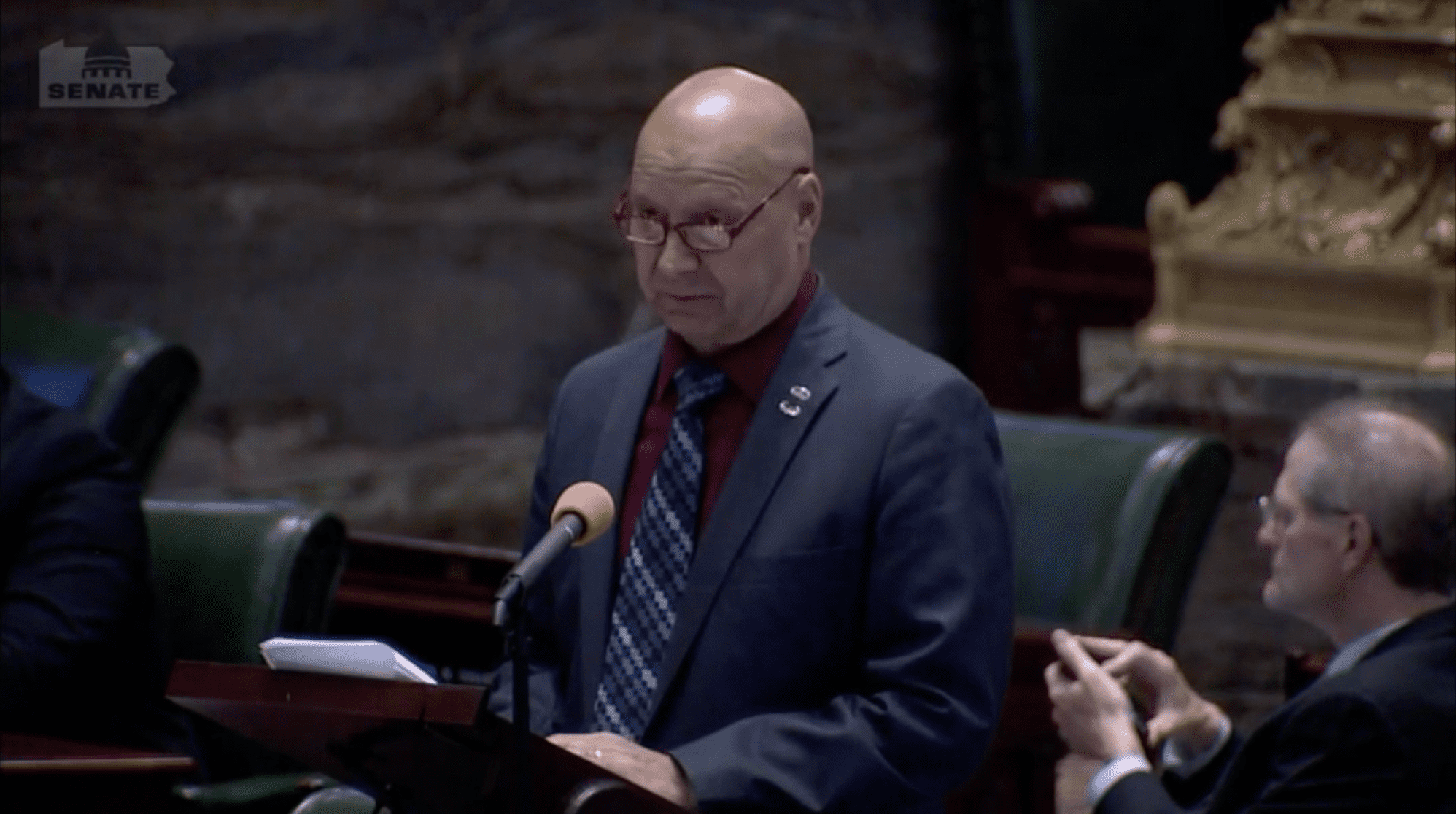 Doug Mastriano, the Republican candidate for governor in Pennsylvania, said in a 2019 interview that women who violated his proposed “Heartbeat Bill” law banning abortions after six weeks should be charged with murder.

The state senator from Franklin County was conducting an interview with WITF radio host Scott LaMar about the Heartbeat Bill which he originally proposed that year (now Senate Bill 378).

Mastriano has written that, “The legislation requires physicians – before proceeding with an abortion – to determine whether the baby has a heartbeat. If the baby has a heartbeat, the abortion cannot be performed. No person with a beating heart, no matter how small, should be deprived of the fundamental right to life. A beating heart is an unmistakable sign of life.”

During the 30-minute interview on Nov. 14, 2019, LaMar asked Mastriano a question from a listener (24:00) asking why Mastriano was so focused on science and not the woman who is growing the fetus. Why does she not have a say in this?

Mastriano: “If you want to take away the rights of that baby, you’re okay with with murder. Just because we’re stronger and smarter–”

LaMar: So it is murder in your eyes?

Mastriano: “Yes, it absolutely is. Because look, science says it’s a life. Roe v Wade in 1973, that science was old. Back then the science books actually believed it was a clump of tissue in flesh. They had no idea what’s going on. […]”

LaMar: We had an email from Randall who asked and you just said that you consider it murder. What would the penalty for a physician that induced or performed an abortion after a heartbeat was detected? What would it be?

Mastriano: “So it goes back down to the courts if it’s ruled that that that little, that little person is a baby, a human being, then that’s murder and it has to go through the legal procedures. […]”

LaMar: What about the women who decide to have an abortions after …

Mastriano: “That’s one thing that troubles me because I think in the majority of the cases, the woman knows it’s a baby and I think in many cases they’re being lied to and deceived. It goes back to the abortion providers.”

LaMar: So let’s talk about someone though, that knows what’s going on and says, you know, I just found out it’s 10 weeks, I just found out I’m pregnant. I can’t do this. I’m going to have what would be an illegal abortion. Would that woman be charged with murder?

Mastriano: “Okay, so I love that, because that’s often used as a red herring as well. Because what percentage of abortions are a result of that? Just just an outright choice?”

LaMar: Wait a minute, I don’t quite understand. That would be a choice under – if your bill became law?

LaMar: Okay. But so my question is, you know, what, then again, you can give me a yes or no on this. Would that woman who decided have an abortion, which would be considered an illegal abortion, be charged with murder?

Mastriano: “Okay, let’s go back to the basic question there. Is that a human being? Is that a little boy or girl? If it is, it deserves equal protection in the law.”

Mastriano: “Yes, I am. If it’s a human being, it deserves equal rights before the law.”

LaMar: [reading an email from a listener] The senator has based life on heartbeat but doesn’t address brain function. Simply having a heart that beats does not make us human. What do you say to that?

Manuel Bonder, a spokesperson for the campaign of Democratic candidate for governor Josh Shapiro, said “Doug Mastriano has said his number one priority is banning abortion with no exceptions for rape, incest, or the life of the mother – and now, it’s clear he also wants to prosecute women for murder for making personal healthcare decisions. Mastriano has the most extreme anti-choice position in the country – and there is no limit to how far he would go to take away Pennsylvania women’s freedom. Josh Shapiro has always defended a woman’s right to choose – and as Governor, he will protect reproductive rights and stand up for real freedom.”

“Doug Mastriano’s extremist agenda against abortion, which is a critical part of health care, is dangerous for my patients and women across Pennsylvania,” said Dr. Jennifer Hamilton, a family physician in Philadelphia. “Doctors know that women who make the deeply personal decision to have an abortion come from all walks of life, and the idea of charging them with murder, after mere weeks of pregnancy, flies in the face of women’s health and bodily autonomy. The fact that Mastriano would seek to throw women in jail, even in cases of rape and incest or to protect their health, tells us all we need to know about him. Pennsylvanians don’t deserve politicians like Mastriano meddling in their private health care decisions, let alone imprisoning them.”

There has not been a response from the Mastriano campaign.