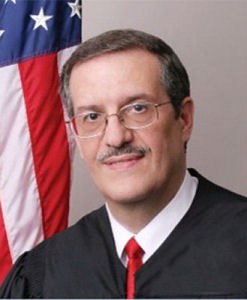 The campaign of Judge Paul Panepinto released a statement today announcing that the independent candidate has gathered enough voter signatures to be on the ballot for the November general election for Pennsylvania Supreme Court.

“Judge Panepinto’s impressive grassroots volunteers spanned more than 40 counties to collect the signatures of 29,000 voters who want his name on the ballot, which is nearly double the amount required by the law,” wrote the Panepinto campaign. “Pennsylvanians are fed up with the political stranglehold that political parties and bosses have on choosing candidates for the People.

This is the first time in two decades that an independent will be on the ballot.

“In November, Judge Paul Panepinto will give voters the opportunity to remove politics from the courtroom as the first independent Supreme Court candidate on the ballot since 1993.”

Prior to this campaign, Panepinto served as a Judge of the Court of Common Pleas in 1990 and Administrative Judge of Family Court of the First Judicial District of Pennsylvania in 1996. He continued in this post until 2000. More recently, he was appointed to the Committee of Judicial Discipline from 2003 to 2007 and as the Coordinating Judge of Complex Litigation on the Civil Trial Division in 2006 and 2007.

Three seats on the PA Supreme Court will be up for grabs on November 3rd.