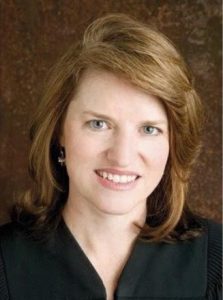 After months of speculation, former Philadelphia Court of Common Pleas Judge Lisa Rau has decided that she will not challenge Attorney General Josh Shapiro in the 2020 Democratic primary, according to the Philadelphia Inquirer.

“I can be really clear with you,” Rau said to the Inquirer last week. “I never envisioned running for attorney general.”

Rau served as a judge on the Philadelphia Court of Common Pleas for 18 years, starting in 2001 up until her retirement in October 2019.

After she announced her plans to retire from the court, Philly Clout first reported in late August that the “chatter in Harrisburg and Southeastern Pennsylvania” was that Rau, wife of Philadelphia District Attorney Larry Krasner, was considering a primary bid against Shapiro.

Krasner and Shapiro, both Democrats, have publicly sparred on multiple occasions which helped fuel the fire to Rau possibly entering the race for the statewide office. Philadelphia Magazine’s November profile on Krasner detailed a bit of the feud between the two and said that while Krasner had “no comment” on whether his wife planned to run for the office that he made “no effort to suppress another gleeful smile” about the rumor.

Instead of making a bid for Attorney General, Rau announced on Tuesday that she has started her own mediation and arbitration firm, “Resonate Mediation and Arbitration.” She detailed her plans for the firm with law.com.

Shapiro currently does not have a Democratic primary challenger for the office, while one Repubilcan, Heather Heidelbaugh, a former Allegheny County Councilwoman and Pittsburgh-area attorney, formally announced her bid for the office in late November.