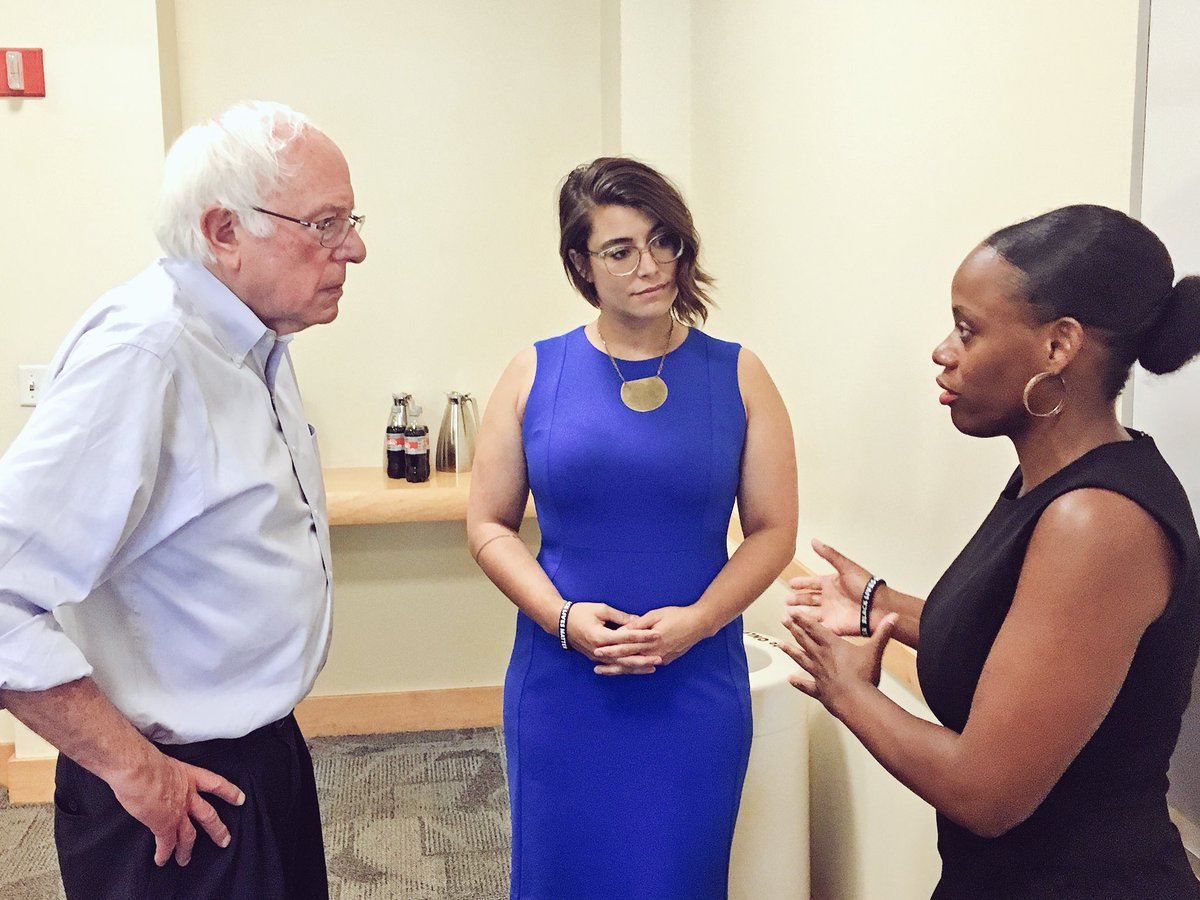 Sanders with Innamorato and Rep. Summer Lee, who has not yet endorsed in the presidential contest. Source: @BernieSanders on Twitter.

Sen. Bernie Sanders lands an endorsement from a progressive Democrat in Allegheny County.

“Senator Sanders has been an independent voice and fierce advocate for working people throughout his career,” Innamorato said in a release from the Sanders campaign. “Given the challenges facing our communities today — like addressing climate change, housing and healthcare affordability, and getting more people access to good-paying jobs — we need a President who will always center the needs of our families over the cronyism of the corporate elite. Having a leader in the White House who is willing to listen, act, and govern alongside our local community leaders is exactly what will make Pittsburgh and our Commonwealth thrive now and for the future.”

No one elected official, even President, can create an America that doesn’t leave anyone behind. Change and compassionate solutions come from our communities — Bernie gets it. #NotMeUs pic.twitter.com/k2Yn3WKgFY

While announcing her support for Sanders on Twitter, she detailed various family members experiences shaping her political views and mentioned that her cousin, who she said is a “working class server” took her to her first Sanders rally in 2016.

In the endorsement release Thursday morning, Sanders lauded Innamorato, who like Sanders identifies as a Democratic Socialist, as a “beacon of Pennsylvania’s progressive movement” and said she is the “type of progressive champion we will need in states across the country to push forward policies that work for working families.”

Innamorato was first elected to the state House in 2018 after besting longtime incumbent state Rep. Dom Costa (D-Allegheny) in the Democratic primary for the 21st state House District.

This appears to be Sanders’ highest-profile endorsement to-date in the state of Pennsylvania. A majority of the state’s Democratic Congressional delegation has pledged their support for former Vice President Joe Biden’s campaign, while Sen. Elizabeth Warren has received notable endorsements in the southeast including Philadelphia Mayor Jim Kenney and Philadelphia District Attorney Larry Krasner.

While Biden has remained the leader in various Democratic presidential primary polls in the state, Sanders received a bump in the most recent Franklin & Marshall College poll released this morning with the Vermont Senator coming in at second place in Pennsylvania’s Democratic primary, trailing Biden by just 7 points, which is the closest he’s been to the frontrunner since F&M started polling the race in July. The Real Clear Politics average shows Biden leading with 22.3%, while Warren is in second place with 13%, and Sanders in third with 11.7% in the state’s Democratic primary.