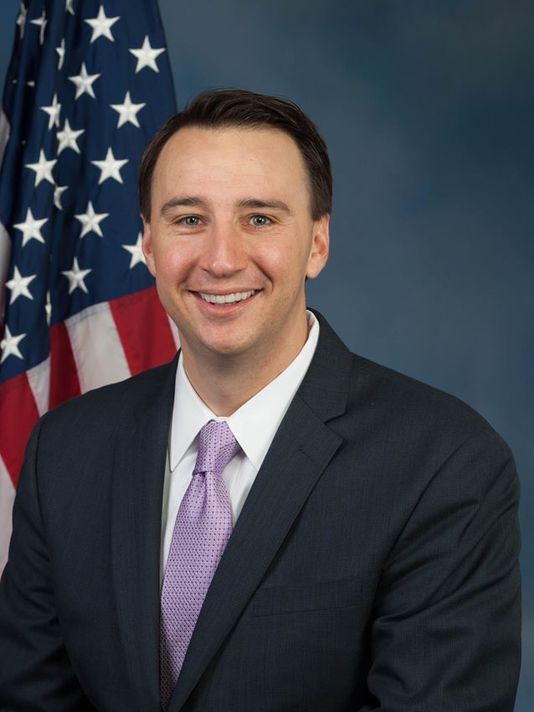 As the chatter begins on who will succeed Sen. Pat Toomey in 2022, a former GOP Congressman from the Philadelphia suburbs tells PoliticsPA that joining the race for the open Senate seat is “under serious consideration.”

“I think when Toomey announced his retirement, that fueled some initial thinking about it,” said Ryan Costello (R-Chester). “The January 6th incident and you know what is the future direction of the party and where do I think the party should go and what it should focus on became much more serious then.”

Costello, a center-right Republican, has been more willing than other Republicans in voicing his differences with former President Donald Trump. He pinned the blame on the riots to those who peddled the lie that Joe Biden’s victory was not legitimate and lauded Republicans like Toomey for disagreeing with Trump’s assertion about the legitimacy of the election.

“This talk of the election being stolen or rigged, I think was purposely misleading to voters and created anger and resentment and the president had a role in that and was part and parcel responsible for what happened that day,” Costello said. “If we would have Republicans be willing to stand up and separate fact from fiction, and lead with conviction and with transparency, then I don’t think that day happens.”

Trump remains popular among Republicans in the state and the former president’s influence is seemingly growing among the Pennsylvania GOP.

Although it is unclear if the former President will play an active role in the GOP primary, Blair County Republican Chair Jim Foreman thinks it’s important for a candidate to promote the policies of Trump that he thinks are popular.

Costello doesn’t believe blind loyalty to Trump is the way forward for the Republican Party.

But his is not a blanket criticism. Costello reiterated his support for the GOP tax cut bill he voted for, regulatory rollbacks, and a hawkish position on China.

“I think that a more confrontational approach to China cheating was warranted and frankly a novel and welcome form of leadership by the President,” he said. “Those issues are kind of fundamental, I think, to the Republican Party as it stands right now and I think that Republican voters would want to know if whether I feel that or not.”

“I woke up for two years and I all did was have people attack me from the right and the left,” Costello said. “That’s fine.”

Trump isn’t the only wrinkle in a GOP primary. Costello upset local party officials with his decision to not seek reelection after the Pa. Supreme Court redrew congressional boundaries in 2018. Already a top target for Dems, the new map made his district even tougher to defend for the GOP. When Costello withdrew, shortly before petition circulation, it left Republicans little time to recruit a formidable candidate. Rep. Chrissy Houlahan went on to win by 18 points.

Costello, who was a member of the Tuesday Group and House Problem Solvers Caucus, believes his record of being an “economic growth Republican” and was “more centrist” than some of his GOP colleagues on “cultural issues” would make him a good candidate statewide.

“I would say that I’m a strong candidate across the commonwealth and I think that I can do especially well in the battleground areas of the commonwealth,” Costello said.

He also added that he thinks he would be “difficult” to run against, saying that he’s comfortable with speaking his mind on issues that could upset members of either party.

His argument hinges on the suburbs, a key battleground area that swung heavily towards Biden. The President won Bucks County by 4 points, Delaware County by 26 points, Chester County by 17 points, and Montgomery County by 26 points. That follows 2018, when Sen. Bob Casey and Gov. Tom Wolf won each of the collar counties by double digits over their GOP challengers. By contrast in 2016, during Toomey’s successful statewide Senate reelection bid, he won Bucks County by 5 points and Chester County by 2.5 points, while losing to Katie McGinty by 10 points in Montgomery County and 12 points in Delaware County.

“I’m not so sure that you can win a statewide election without the suburban vote,” Costello said.

Costello hasn’t been shy on social media period, let alone about his thoughts on potential Democratic opponents. When Lt. Gov. John Fetterman announced on Jan. 8 that he was exploring a bid for the Senate, Costello tweeted that he would “smoke Fetterman in the suburbs.”

“I think that if I were matched up against him, I like my chances,” Costello said. “I certainly like my chances in the suburbs…regardless of who the Democrat is.”