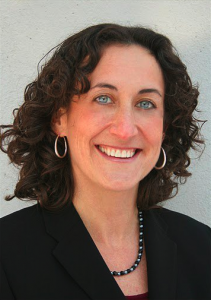 In a fundraising email to supports, Boockvar cites her desire to help working families.

“I am running for Congress because so many people are having trouble supporting their families, covering their college tuition, and paying for their prescriptions, while our current Congress does nothing,” she said.

She doesn’t pull punches, either, accusing Fitzpatrick of voting with the far right.

“Congressman Fitzpatrick has spent the past year voting with the Tea Party to end Medicare, cut benefits to veterans, gut environmental protections, and deny tax breaks for the middle class, all for partisan power politics.”

The full email is below.

The district has always been among the most competitive in the state, and remains so even despite successful Republican efforts to draw it mare safely for the incumbent (the 8th shed its portions of Philadelphia in exchange for deep red voters northern Montgomery County).

But Fitzpatrick has gotten off to a less than perfect start in his first year back. Most notably, he missed his swearing in to attend a private event with supporters.

That said, he’ll likely be tougher to beat for Democrats this year. Despite his ‘06 loss, he has never lost Bucks County (Pat Murphy’s margin in the Philly part of the district did Fitzpatrick in). Plus, Fitzpatrick has term limited himself to just three terms (through 2016).

A spokesman said he expected Fitzpatrick would show about $250,000 raised in the fourth quarter,  bringing his total to the mid-$600K range for 2011.

And his voting record, compared to most Republicans, has been moderate. His vote-with-party score according to the Washington Post Votes Database is 81 percent – the lowest in Pa. and 6th-lowest in the country.

Boockvar was unsuccessful in her Commonwealth Court bid, losing even Bucks County (her opponent, Anne Covey, lives there as well). While Fitzpatrick won several terms as County Commissioner prior to his service in Congress, Boockvar came up short in her 2007 bid for Register of Wills.

Nonetheless, Boockvar has campaign trail experience and the benefit of being a sought-after recruit in a competitive district. She should have little trouble raising money from national Democratic groups as well as groups that support women running for office (i.e. EMILY’s List).

So far Boockvar is the only announced candidate against Fitzpatrick. Doylestown Borough Council President Det Ansinn, who ran for County Commissioner in 2011, announced earlier this month that he would stay out of the race and endorsed Boockvar. Jennifer Stefano of Americans for Prosperity took a pass on a primary challenge.

In a few minutes I’ll be making a formal announcement, but I wanted you to hear it from me first.

I am running for Congress, in the 8th District of Pennsylvania.

I am running for Congress with the same motivation as has always driven me: public service. I mean that literally– serving the people.  I am running for Congress because so many people are having trouble supporting their families, covering their college tuition, and paying for their prescriptions, while our current Congress does nothing.  Even worse, Tea Party politicians are mired in hostility, focused only on party politics and obstruction, refusing to compromise for the good of the people.

We cannot afford to sit idly by any longer, and I have decided to take a stand.  I am running for Congress, to change the culture of Washington and start getting things done for a change, and I am asking you to join me.

Please join the loud chorus of voices standing with me, sending a message to Congress that their behavior is unacceptable and it is time for a change, by offering any support you can today.

Congressman Fitzpatrick has spent the past year voting with the Tea Party to end Medicare, cut benefits to veterans, gut environmental protections, and deny tax breaks for the middle class, all for partisan power politics.

As you know, I have spent my career working to help all Pennsylvanians protect their jobs, their Social Security, and their families.  I promise you—with your help, I will take these skills, and my background working to mediate differences, to move things forward in Washington.  It is time to roll up our sleeves and work together- across the aisle and in our neighborhoods- to produce solutions to help people get back on their feet, and the economy moving forward.

But I cannot do this without your help today.  Can you please give now to show Mike Fitzpatrick and his fellow Tea Party politicians that we deserve better?

This is a very winnable race, and one that will be watched very closely for its national implications.  But it is also going to be a very expensive race.  They say that early money is like yeast—it helps to raise the dough.  Your contribution to my campaign now will have double the impact—can you contribute today and send a message to Washington that enough is enough?

The people of Pennsylvania deserve better, and America deserves better. Together, let’s take a stand and demand more.

Many thanks for all that you have done, and all you continue to do.

P.S. We will need your help on many levels, so please, sign up here to volunteer and stay in touch with the campaign.  We are building an incredible team, but cannot do this without the support of all of you!  Thanks again