It’s Time We Heard From Fetterman’s Doctors About Condition 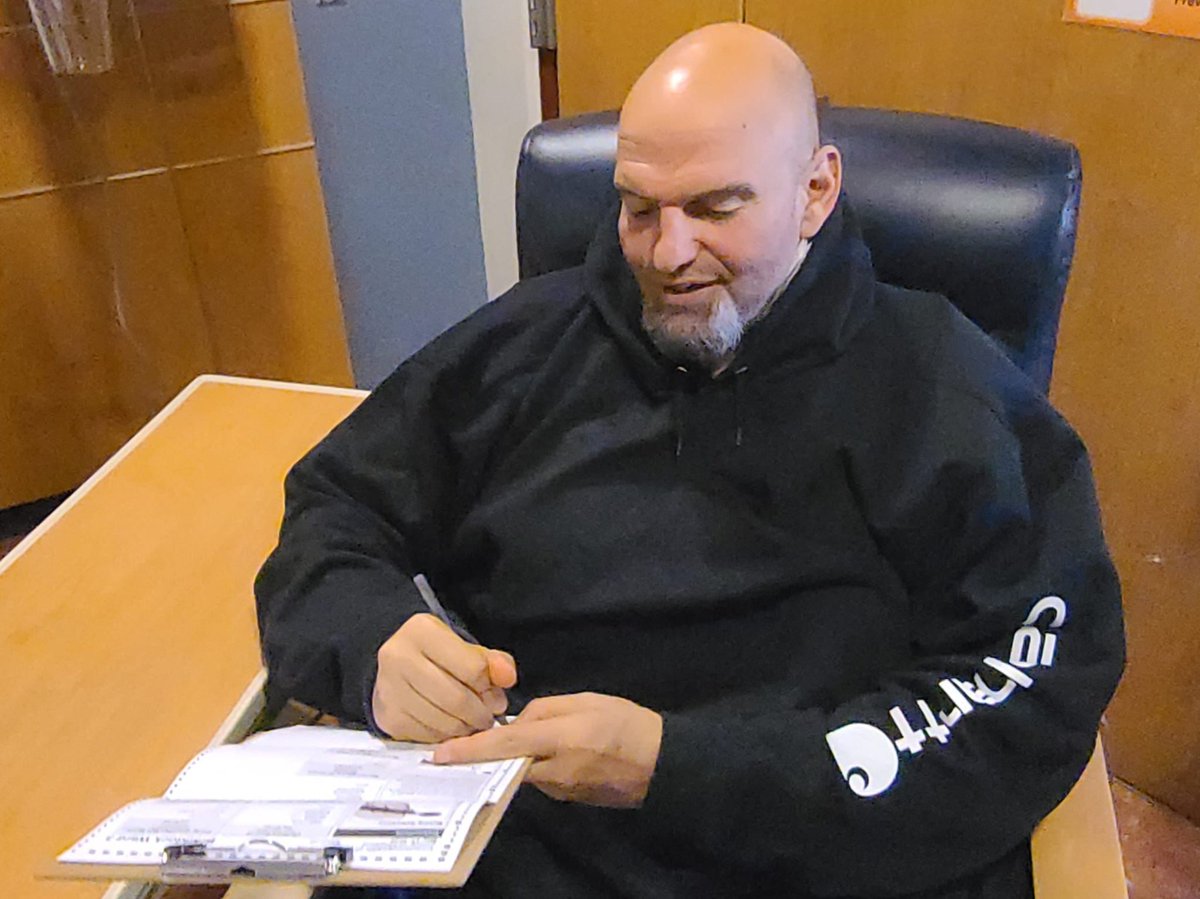 What do we really know about the health prognosis of John Fetterman?

The 52-year-old lieutenant governor is resting at his home in Braddock after suffering a stroke on May 13. He spent nine days in a hospital in Lancaster, including Election Night.

In a statement released by his campaign on May 17, Fetterman said he underwent a “standard procedure to implant a pacemaker with a defibrillator.” The procedure was done to “address the underlying cause of his stroke, atrial fibrillation (A-fib), by regulating his heart rate and rhythm.”

During atrial fibrillation, according to the Mayo Clinic website, “the heart’s upper chambers (the atria) beat chaotically and irregularly — out of sync with the lower chambers (the ventricles) of the heart. For many people, A-fib may have no symptoms. However, A-fib may cause a fast, pounding heartbeat (palpitations), shortness of breath or weakness.”

“I am feeling great, but per my doctor’s orders, and Gisele’s orders, I am going to continue to rest and recover,” Fetterman said in a statement to the press on Sunday. “Later this week I will have a follow-up visit with my doctors at Penn Medicine Lancaster General Hospital.”

As the Pennsylvania Senate contest is among the most important in the country in determining the balance of power in the chamber, Fetterman’s condition has national implications. No less important: It also has a statewide impact, as he is the current lieutenant governor of the state.

And yet it took his campaign over 48 hours to inform the Commonwealth and the public about his health scare. And we have yet to hear from a cardiologist directly about Fetterman’s condition. His wife, Giselle, and his Senate campaign have released statements about his health. But no one with a medical degree or license to practice.

Fetterman is an elected official in the Commonwealth. For over 48 hours, we did not know where he was or his physical condition, beyond hearing from a campaign spokesman that he was sick and unable to make a Millersville University appearance.

Yes, John Fetterman is a candidate. And campaigns share information out of a firehose when they want to … and an eye-dropper when they don’t.

When was Governor Tom Wolf made aware of the situation? How about Senate President Pro Tempore Jake Corman – third in line to the governor’s chair and the official who temporarily took over Fetterman’s responsibilities as lieutenant governor when he underwent the procedure to implant a pacemaker?

Why was it the Fetterman campaign, and not the lieutenant governor’s office or a physician, that finally told the Commonwealth what happened? And why did it take until 3:34 p.m. on May 15 to issue a press release with the details?

A press release from the Governor’s office explained: “Per Pennsylvania law, a declaration was sent from a majority of ​designated cabinet secretaries and the President Pro Tempore to the General Assembly stating that the lieutenant governor is unable to discharge the powers and duties of his office. The declaration was sent on May 17 after the governor was informed that the lieutenant governor was going to undergo a standard procedure.”

The next day, Fetterman sent a written declaration to the General Assembly that he is again able to discharge the powers and duties of his office. That would enable him to resume his duties at the expiration of four days — on May 23.

Fetterman’s primary duty now is rest and recovery at home. Another trip to Lancaster is scheduled for Friday to visit with his doctors. Will we hear more from them at this point?

Until then, we are left with speculation from others on the true meaning of his procedure and the prognosis for the 52-year-old going forward.

The New York Times reports that some medical specialists are troubled by the details that they have heard given their knowledge of treatment of a stroke.

“Medical specialists asked questions about Mr. Fetterman’s treatment with a defibrillator,” the Times said. “They say it would make sense only if he has a different condition that puts him at risk of sudden death, like cardiomyopathy — a weakened heart muscle. Such a heart condition may have caused the blood clot. Or, the doctors say the campaign could be correct about afib causing the clot.”

An implantable cardioverter-defibrillator (ICD), a small battery-powered device placed in the chest to detect and stop irregular heartbeats, is the main treatment for anyone who has survived cardiac arrest. ICDs are increasingly used in people at high risk of sudden cardiac arrest. An ICD lowers the risk of sudden death from cardiac arrest more than medication alone.

Other reasons provided for why a patient would benefit from an ICD include:

Back in January, Sen. Ben Ray Lujan (D-N.M.) suffered a stroke and did not get to a hospital in time, requiring surgery to remove a portion of his skull. He missed five weeks of work and was able to return to the Senate. But he didn’t have to concern himself with running a full-scale campaign for the office.

While we appreciate the privacy that is held by family in medical emergencies, Fetterman first needs to remember that he is a public servant with official responsibilities beyond running for the U.S. Senate.

The people of the Commonwealth of Pennsylvania deserve to know the physical health of their statewide elected officials. And we do not know the condition of John Fetterman as of today.