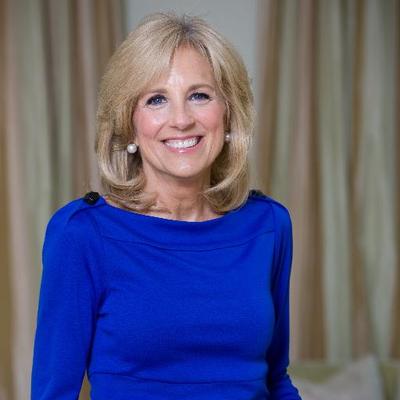 Dr. Jill Biden will be hitting the virtual campaign trail on behalf of her husband’s presidential campaign in Pennsylvania on Tuesday.

According to a release from former Vice President Joe Biden’s campaign, Jill Biden will be virtually visiting the Pittsburgh Science and Technology Academy on Tuesday morning. Her virtual visit includes plans to meet with administrators, teachers, and students, as well as stopping by a virtual classroom. In the afternoon, she will attend a virtual organizing event with volunteers in Philadelphia.

In a statement to PoliticsPA, the Republican National Committee touted it’s online digital efforts and took a shot at Biden for their recent technical struggle with an online rally.

“While Biden struggles to get online, Americans have viewed Team Trump’s broadcasts over 300 million times, and Trump Victory in Pennsylvania has contacted nearly 1.75 million Pennsylvanians,” said RNC Spokesperson Michael Joyce. “If Joe Biden can’t even run a live stream, why would anyone want him to run a country?”

“Perhaps Jill Biden should add a few extra stops to her virtual campaign tour.  We suggest Beaver County which was left behind by the Wolf Administration when they offered minimal help at a local nursing home facing one of the worst COVID-19 outbreaks in the state.  We also would suggest Governor Wolf’s mansion in York County to ask him for information he is hiding from the public on the business waiver process which allowed big box stores to stay open and closed local small businesses.”

PoliticsPA is seeking comment from the Biden campaign on the upcoming events.

A number of recent polls shows Biden ahead of President Donald Trump in the Keystone State. The most recent poll conducted by Harper Polling in late April showed Biden leading Trump 49-43, a Fox News poll has Biden leading Trump 50-42, a Public Policy Polling survey has Biden ahead of Trump 51-44, polling from FOX43/Susquehanna Polling and Research shows Biden besting Trump 48-42, and Ipsos poll conducted exclusively for Reuters has Biden beating Trump 46-40. All of the margins of those polls are beyond the margin of error.

The most Trump friendly poll released recently was from Restoration PAC, a conservative super PAC, that showed Biden and Trump tied in the state.

The Real Clear Politics average of polls from March 6 to April 26 show Biden leading Trump by 6.5 points in Pennsylvania.

This story was updated with a comment from the Pennsylvania Republican Party.