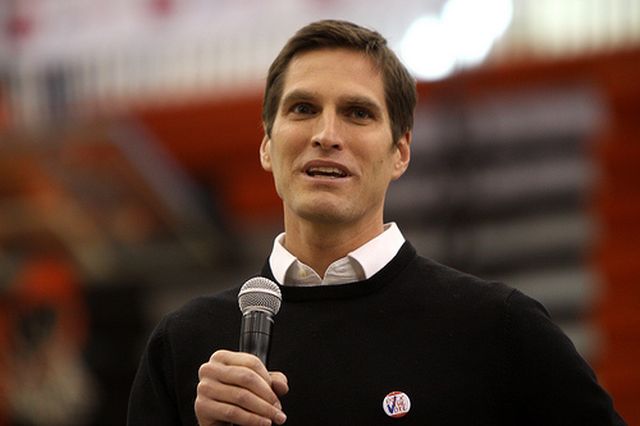 Who needs candidates? This Thursday, western Pa. voters will have the opportunity to hear from Mitt Romney’s son, Josh.

The bus’ first stop is the Beaver County Victory Center at 1:00pm, followed by the Butler County GOP Headquarters at 3:00pm and IUP’s Kovalchick Convention & Athletic Complex at 5pm marking yet another busy day for Romney this campaign season. He’s courted voters across the country on behalf of his dad.

Lest anyone feel concerned that having the candidate’s son visit the state (as opposed to Romney himself) is a sign that Pa. is slipping further out of the battleground state conversation, take heart. At least we’re not getting the Romney son they send to campaign in Hawaii and who thinks Obama is “great”.

Not sure which son is which? Buzzfeed has your guide. According to the site, Josh was born in 1975, is married with three children, and works as a real estate developer and owner of Romney Ventures in Salt Lake City, Utah.

The event is intended to, “blow the whistle on Mitt Romney by discussing how Mitt Romney, Paul Ryan and the Republican Party want to end federal support for Amtrak altogether despite its profound positive impact in states like Pennsylvania,” and juxtaposes President Obama’s commitment to American infrastructure and Romney’s plan to end all federal funding for Amtrak.

During his time as the governor of Massachusetts, “[Romney] cut public transportation funding,” said John Barrett, a Democrat and former mayor of the town of North Adams, Mass., said during a press conference outside Harrisburg’s train station earlier this afternoon. That’s according to our friends at Capitol Ideas.

Mayors Barret and Rob Dolan are scheduled to make stops in Lancaster and Philadelphia on behalf of President Obama’s re-election campaign.