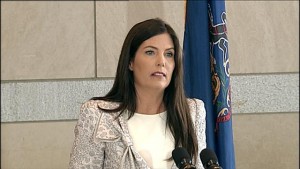 Just when you thought things couldn’t get any stranger.

Montgomery County Court Judge William R. Carpenter, who appointed the Special Prosecutor to investigate Attorney General Kathleen Kane, and is currently presiding over the trial of her aide Patrick Reese disclosed that he believes he is being followed.

According to Robert Moran of the Inquirer, Judge Carpenter disclosed this belief to the defense team in order to be completely transparent.

Carpenter said that he has been followed in his car and so has his wife. He also alleged that his house had been under surveillance.

Meanwhile another judge that has been unfavorable to the AG, Barry Feudale, expressed his belief that his personal emails had been breached.

Neither Judge flatly accused the Attorney General but the implication is clear in both cases.