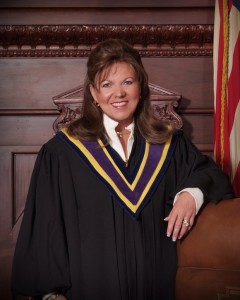 According to reports by the Pittsburgh Tribune Review, Supreme Court Justice Joan Orie Melvin will be charged today, making her the third Orie sister to be accused of campaign-related crimes.

There are three counts of theft of services, two counts conspiracy and two counts of official oppression. She also faces one count each of solicitation to tamper with or fabricate evidence and misapplication of entrusted property.

Melvin’s sister, state Sen. Jane Orie (R-McCandless) was convicted in March on 14 charges that she misused her staff by having them do campaign work, as well as knowingly submitting forged documents as evidence that caused a mistrial the first time she went to court.

The other sister, Janine Orie, a former Melvin aide, was charged in December with directing both of her sisters’ staff to do political work benefitting the judge. She awaits trial in August.

Melvin was first elected to the court in 2009, and she becomes the first sitting Supreme Court Justice in nearly 20 years to be charged with a crime.

With a possible conviction on the horizon, The Pittsburgh Post-Gazette reported that the judge’s lawyer William I. Arbuckle III submitted a letter to Chief Justice Ronald D. Castille, informing him that she is “voluntarily recusing herself from all judicial duties pending resolution of the criminal charges.”

Arbuckle was adamant that Melvin is not resigning, despite ongoing calls by some citizen activist groups (some of which began asking for her resignation as early as January) that she should.

This is partly due to the grand jury investigation against her, but also because her vote in a 4-3 GOP-leaning Supreme Court could have been the deciding one in hearings on the proposed legislative redistricting maps.

Her sister’s district would have been affected by the map’s approval.

Melvin’s loss to the bench now evens the judicial playing field for Democrats, 3-3.