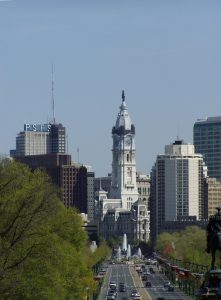 Vice President Pence touts the Trump agenda while campaigning for Barletta in Philadelphia, while the President took to Twitter to stress the need to elect one of his “first supporters”. Here’s the Playbook.

SEPA Democrats, Depleted by Primary Fights, Work to Counter GOP Cash Advantage: Two of the Republican candidates have a cash on hand advantage, but all three Democrats raised more from late April to the end of June.