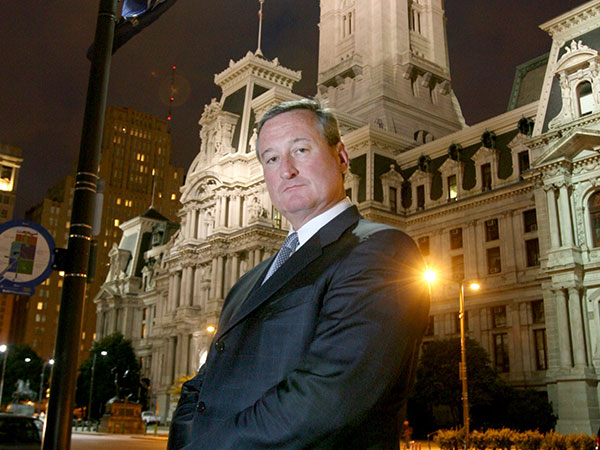 Kenney Comments Draw Outrage. Philadelphia mayor Jim Kenney is dealing with fallout after his comments that he’ll “be happy when I’m not here – when I’m not mayor, and I can enjoy some stuff.”

Five Takeaways from Salon’s Feature on Doug Mastriano. As Frederick Clarkson writes for Salon, an animating element of politics in the age of Trump is that some people are increasingly living out religious metaphors. These metaphors are derived from contemporary understandings of the Old Testament by new elements within Christianity. This has been central to the campaign of Mastriano.

Gun Safety Group Announces $10 Million For Battleground State Races. Marianne Levine, writing for POLITICO, reports that the $10 million investment by Giffords PAC will go toward local, state and federal elections in Texas and Florida, which have both seen tragic mass shootings, as well as Georgia, Pennsylvania, Wisconsin and Colorado, all key battlegrounds that will determine whether Democrats keep their majority.

The PA Voting System Is Primed to Produce Candidates Like Doug Mastriano. Writing for the Philadelphia Inquirer, Jason Altmire says For those interested in moving away from the extremes and giving voice to those who prefer compromise to conflict, there is a way to change this downward spiral of polarization. In Pennsylvania, that at least means changing some restrictions on primaries.

Republican Leaders Back Shapiro Over Mastriano in Race For Governor. Chris Ullery of the Bucks County Courier Times writes that nine Republican leaders from across Pennsylvania on Wednesday endorsed Democrat Josh Shapiro for governor over their own party’s nominee, state Sen. Doug Mastriano, saying he is an extreme candidate who would undermine democracy.

Fact Check: Mastriano’s COVID Nursing Home Deaths Claim Is Baseless, But Campaign Trail Mainstay. Marc Levy of the Associated Press reports that Doug Mastriano, Pennsylvania’s Republican nominee for governor, has made a campaign staple out of the allegation that Democratic Gov. Tom Wolf’s policy of readmitting COVID-19 patients from hospitals to nursing homes caused thousands of deaths — a baseless claim for which no investigator or researcher has provided any evidence.

The 3 Most Important Races in the Midterms. Gabriel Debenedetti writes for New York Magazine that November’s midterms are already stacked with high–stakes races. But in the days following the Supreme Court’s reversal of Roe v. Wade, three midwestern gubernatorial elections stand out to both parties’ operatives, elected officials, and candidates across the country as being the most clearly important.

An FBI Informant Recorded Johnny Doc Threatening ‘Rats.’ His Lawyers Say That Violated His Rights. Jeremy Roebuck and Oona Goodin-Smith report in the Philadelphia Inquirer that now, that recording — along with roughly 30 others that a member of Dougherty’s inner circle made in the run-up to and during his federal bribery trial with former City Councilmember Bobby Henon last year — is at the center of a debate that the ex-union chief’s lawyers say should call his conviction into question and imperil the two remaining trials he faces on additional charges.

LWV Berks County Presents ‘Let All The Voters Decide: End Closed Primaries in PA. Pennsylvania is one of only nine states with fully closed primaries, wherein unaffiliated voters are barred from voting in taxpayer-funded primaries. Opening primaries to independent voters could reset politics to elect candidates who want to move beyond partisan politics to address issues of concern to most voters.

York County Lawmaker Says He Will Propose Truck Stop Video Gambling Expansion. Peter Hall of the Pennsylvania Capital-Star writes that Rep. Seth Grove, R-York, said he would soon introduce a bill to end the requirement that a video gaming terminal licensee sells at least 50,000 gallons of diesel fuel each month on average.

Jessica Semler. I Don’t Have a ‘Good’ Abortion Story. And That’s OK

Pierre Atlas. American Gun Culture Is Based on Frontier Mythology – But Ignores How Common Gun Restrictions Were in Old West

Christi M. Smith. Impeaching Krasner and Other ‘Progressive’ Prosecutors Will Not Reduce Violence.

Will Bunch. PA Could Become ‘Red’ Wasteland in ‘Blue’ East