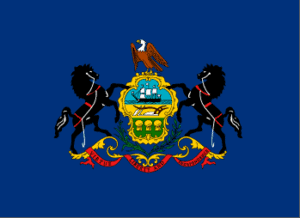 Did Scott Perry ask for a pardon? Court allows counting of undated ballots. Martin’s Potato Rolls and politics. Restricting fireworks? Will PA give radar to local police? Here is the Playbook.

Thanks for reading PoliticsPA. Make the extra pass and share us with a friend today. Let them know what they’re missing. Visit us online at PoliticsPA.com

Sedition. What Does It Really Mean?: If you plan to watch Thursday night’s coverage of the first televised hearing from the January 6 Select Committee, you may hear this word a lot.

Election Results: Representative in Congress: We list the primary election results for the congressional races in the state.

Election Results: Senator in the General Assembly: We list the primary election results for the state Senate races in the state.

PA Governor Race: ‘‘Comes Across as a Cult Guy’: The Pennsylvania Candidate Freaking Out Both the Left and the Right’: Politico reports that “Doug Mastriano’s come-from-nowhere popularity is fusing religion and politics in a new way. He’s either Democrats’ dream opponent, or the establishment’s worst nightmare.”

‘U.S. Rep. Scott Perry asked about presidential pardon after attacks on Capitol, Select Committee leader asserts’: PennLive reports that “U.S. Rep. Liz Cheney, a Republican from Wyoming, stated that midstate Congressman Scott Perry, R-York County, inquired about a presidential pardon in the weeks after the attack on the Capitol by supporters of former President Donald J. Trump that was aimed at halting Congress’s final certification of the electoral college votes that would have finalized Trump’s defeat.”

‘Giving radar to local police for speed enforcement in Pa. has never been closer to becoming law’: PennLive reports that “the nation’s 49 other states allow local police to use radar and a coalition of statewide law enforcement and municipal organizations want Pennsylvania to become the 50th.”

‘Pa. lawmaker being treated for prostate cancer’: PennLive reports that “state Rep. Russ Diamond announced on Thursday he has been diagnosed with treatable prostate cancer.”

‘Amid complaints, state lawmakers move to restrict fireworks’: The Associated Press reports that “the House of Representatives voted 160-38 on Wednesday for legislation that would restrict their use to 10 a.m.-10 p.m. except during July 2-4 and Dec. 31, when they could be used until 1 a.m. There would be greater penalties for improper sales or illegal use.”

‘Pa. lawmaker wants more state control over millions in outside spending on federal elections’: Spotlight PA reports that “over the past few years, megadonors and special interest groups have flooded Pennsylvania campaigns with millions of dollars in contributions. One Pennsylvania lawmaker wants to change that, and plans to advance a resolution petitioning Congress to give state lawmakers more power to regulate the influx of outside cash in federal elections.”

‘Inflation costing Pa. consumers $3,000 more a year on gas and food; no guarantee of a federal rescue if things ‘really explode,’ lawmakers told’: The Allentown Morning Call reports that “drastic shipping price increases are costing consumers an average 14% increase in prices of big-ticket items like appliances, and if the economic situation does “really explode” there is no guarantee the U.S. government can rescue states.”

‘Sen. Santarsiero introduces bill that would ban assault rifles in Pa.’: WFMZ reports that “another lawmaker is announcing a new bill to ban assault weapons in Pennsylvania. This time it’s State Sen. Steve Santarsiero in Bucks County, who held a news conference Thursday in Yardley.”

‘Citing workforce crisis, advocates ask state to help raise child care wages’: WESA reports that “the people who care for Pennsylvania’s youngest kids are paid so little, advocates say it’s creating an industry crisis – one with reverberations across the economy.”

‘Top trans leader aims to make change from within Biden administration’: USA Today reports that “for Pride Month, USA TODAY talked to Rachel Levine, the highest-ranking openly-trans official in the U.S. She has been championing LGBTQ rights.”

‘Consumer advocates in Pennsylvania caution against switching electric suppliers as utilities raise rates’: StateImpactPA reports that “electricity rates are rising for most Pennsylvania residents, just in time for what federal climate scientists say will be a hotter than average summer.”

Opinion
John Baer: How Fetterman’s health could affect Pa.’s key U.S. Senate race
Mike Schlossberg: Pa. lawmakers have duty to prevent gun violence
Cheryl Schlamb: Pennsylvania must do more to retain nurse practitioners
Gisele Barreto Fetterman: Increasing access to contraception is more Important than ever
Kate Harper: Americans are united on this: They want to protect state parks and forests
Paul Muschick: These numbers don’t bode well for Pennsylvania’s future
Gabe Morgan and William C. Sproule: This Pa. Senate bill will shortchange app-based workers. We can’t let that happen
Kyle Sammin: A climate fight in Harrisburg shows how Gov. Wolf wants to use his power
John L. Micek: Pa. House bill hikes cost of birth, death certificates to fight veteran suicides | Thursday Coffee
Post-Gazette Editorial Board: Jamming the revolving door between prison and the streets
Post-Gazette Editorial Board: Hearings can be a salve for the January 6 wound
Post-Gazette Editorial Board: Our exposed and vulnerable public servants
Sean O’Leary: The debate over taxing producers of greenhouse gases exposes legislators’ true loyalties
Bruce Ledewitz: Here’s a path to practical, immediate gun reform
Devi Lockwood: 5 trans women in Pa. on the problems facing their community
Will Bunch: ‘The most relief to the most people’: Sen. Warren’s plea for wiping out $50,000 in student debt
Trudy Rubin: The critical battles for Ukraine and for America are being fought right here, right now