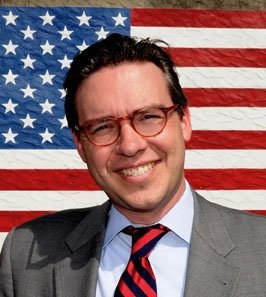 Thanks for reading PoliticsPA. Make the extra pass and share us with a friend today. Let them know what they’re missing. Visit us online at PoliticsPA.com.

Supreme Court Allows ‘Undated’ Ballots in PA: The United States Supreme Court has denied the application for stay of the 3rd Circuit Court decision to allow the counting of so-called undated mail-in ballots in Pennsylvania.

Sources: Kelly Not Seeking Reelection as Allegheny Dems Chair: Two sources are reporting that Eileen Kelly, chair of the Allegheny County Democratic Party, will not seek reelection to the post at the group’s upcoming meeting.

PA Senate Race: ‘U.S. Senate race in Pa. could be potential referendum on national firearm debate’: The Pittsburgh Post-Gazette reports that “in a state that’s suffered more than a dozen mass shootings this year and has seen its two population centers rattled by near-nightly gun violence, officials and activists on both sides of the aisle are looking to November’s election for U.S. Senate here as a potential referendum on the status of the nation’s gun debate.”

‘Pat Toomey among the key 10 Senate Republicans supporting newly unveiled gun control deal’: The Pittsburgh Post-Gazette reports that “a group of senators, including a key bloc of Republicans — among them Pennsylvania’s Pat Toomey — has put forward a “commonsense, bipartisan” deal on gun reform amid a surge in mass shootings.”

‘Budget mavens Browne and Saylor’s reelection losses not a factor in negotiations, experts say’: The Pennsylvania Capital-Star reports that “some state government watchers, legislators and staff say there’s a potential that legacy burnishing, by both the leaders and Wolf, could result in a tough fight for a compromise. Others say Browne, Saylor and Corman are stalwart fiscal conservatives who won’t change their approaches to bargaining.”

‘Pennsylvania House Republicans want to save billions in surplus tax money’: WITF reports that “Pennsylvania’s next state budget is due by month’s end, and lawmakers are beginning to hammer out the details of what will surely be a spending plan that is larger than the $39.8 billion plan approved last June.”

‘Fitzpatrick 1 of 5 Republicans to vote for gun control measures in House’: The Bucks County Courier Times reports that “Bucks County Congressman Brian Fitzpatrick broke ranks with the majority in the Republican Party on Wednesday, becoming one of only five GOP members to vote with Democrats to approve gun control legislation.”

‘U.S. Rep. Scott Perry takes to talk radio to counter-attack against pardon allegation’: PennLive reports that “midstate Congressman Scott Perry took to conservative talk radio Friday to blast the House Select Committee investigating the Jan. 6 attacks on the U.S. Capitol and, in particular, its scrutiny if his personal involvement in former President Donald J. Trump’s efforts to stay in power after his 2020 election loss to Joseph R. Biden Jr.”

‘General Services secretary to depart at end of the month’: PennLive reports that “Curt Topper, who served as the head of the state Department of General Services since 2015, becomes the 34th Cabinet member to depart Gov. Tom Wolf’s administration, according to a senator’s count.”

‘Pennsylvania pulls gay pioneer’s marker over 1993 interview’: The Associated Press reports that “a roadside historical marker installed less than a year ago to honor a gay rights pioneer has been removed after a state senator raised concerns with Pennsylvania’s state history agency about the man’s 30-year-old memories of an early sexual encounter with another boy.”

‘A ‘tidal wave’ in psychology: Advocates call on lawmakers to approve psilocybin treatment’: The Pennsylvania Capital-Star reports that “a bill is now before a Pa. House committee, but its prospects appear uncertain.”

‘Rep. Keller: January 6th committee is a distraction from focusing on real issues’: Fox News reports that “Rep. Fred Keller, R-Pa., slams the Jan. 6 committee for being an excuse for Democrats to not focus on real issues impacting Americans.”

‘Why Pennsylvania may finally lower its sky-high corporate net income tax rate’: The Pittsburgh Business Times reports that “in the waning days of his second and final term, Wolf has what may be his last shot to amend this part of the Tax Reform Code of 1971. The governor and General Assembly — the state Senate and House of Representatives, Republicans and Democrats — all seek to lower the rate in the name of competitiveness in business attraction and retention.”

‘State reps endorse Hens-Greco, Overton for Allegheny County Democratic Committee’: WESA reports that “local members of the Pennsylvania House of Representatives endorsed Sam Hens-Greco and Morgan Overton for chair and vice-chair of the Allegheny County Democratic Committee on Friday afternoon. The move came as current chair Eileen Kelly said she would not run for another term.”

‘This Week In Pennsylvania: Mike Schlossberg, Gilbert Ambler’: ABC27 reports that “in this week’s episode, Owens will talk about how the November showdown for U.S Senate has been set. How John Fetterman may not be on the campaign trail for a little bit longer, and about how a state lawmaker is facing a DUI charge,” and more.

‘Neafcy wins GOP nod for 146th House Dist. with write-in votes’: The Pottstown Mercury reports that “it turns out there will be a contest in Pennsylvania’s 146th House District after all — and it will be a rematch. Although there was no Republican candidate on the ballot in the May primary, former Limerick Township supervisor Thomas Neafcy won enough votes as a write-in candidate to clinch the Republican nomination.”

Opinion
Salena Zito: Democrats’ Pennsylvania floodwall
Ryan Bizzarro: Time to pump the brakes on Pa. gas price hikes
Nick Pisciottano: We must protect Pennsylvanians from price fixing
Mark S. Singel: We must rise up against evil
Paul Muschick: Finally, hope that fireworks could be banned in Allentown and other Pennsylvania cities
Marc Stier: Cut corporate taxes, but make corporations pay their fair share
Salena Zito: David McCormick looks forward to a promising political future
Will Bunch: Why is no one talking about Doug Mastriano’s plan to destroy public education in Pa.?