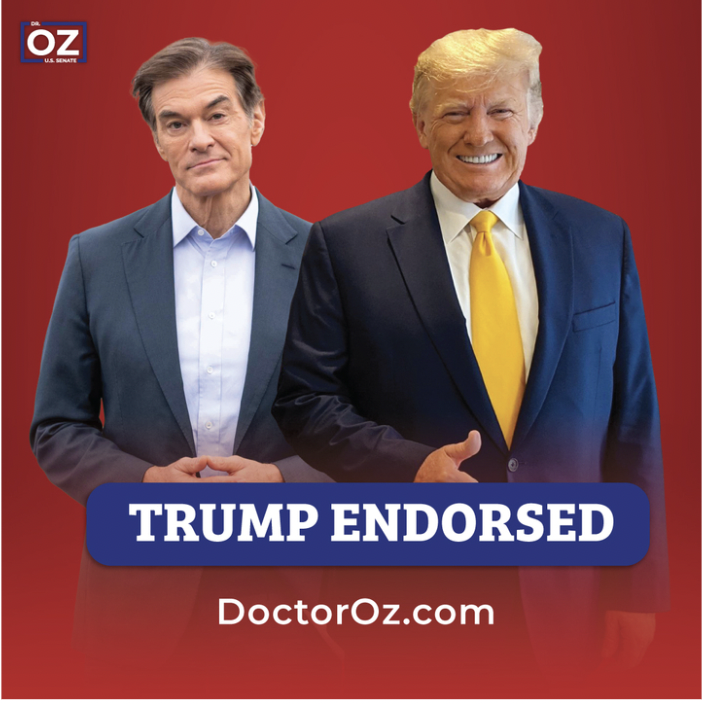 Cutler: “Near Daily” Calls With Giuliani, Trump Lawyers: Pennsylvania Speaker of the House Bryan Cutler (R-Lancaster) was the recipient of “near daily calls” by Rudy Giuliani and other lawyers representing former president Donald Trump in the days leading up to the January 6, 2021 insurrection at the U.S. Capitol.

5 Takeaways from ProPublica’s Profile of Jeffrey Yass: One of the richest men in the country is having a large impact on Keystone State politics.

PA Senate Race: ‘Trump predicted Dr. Oz would have an edge with women voters. Does he?’: The National Journal reports that “suburban moms may be the key to winning Pennsylvania, but they won’t be won over by The Dr. Oz Show alone.”

‘GOP lawmakers block assault-style gun ban for those under 21’: The Associated Press reports that “state House Republicans blocked a proposal to prevent those ages 18 to 21 from possessing assault-style rifles on Tuesday by completely changing the bill into a constitutional amendment to allow anyone to carry concealed guns.”

‘Pa. lawmaker wants Penn State to report location, condition of Paterno statue in exchange for state funding’: PennLive reports that “Rep. Aaron Bernstine (R-Butler/Beaver/Lawrence) is attempting to force Penn State University to provide information regarding the location and condition of the Joe Paterno statue by tying it as an amendment to Senate Bill 1283, which would provide the school’s funding for the fiscal year.”

‘A longstanding political dance between Pitt and the Pa. Legislature heads to the wire’: The Pittsburgh Post-Gazette reports that “issues from environmental law advocacy to sex toy fairs have raised Republican ire.”

‘Natural gas impact fee could hit record next year, agency says’: The Pittsburgh Business Times reports that “Pennsylvania’s Independent Fiscal Office forecasts that the state’s impact fee on natural gas drilling will bring in between $10.8 million and $24.3 million more this year than the $234.4 million the commonwealth received for drilling in 2021.”

‘As Pa. teacher shortage looms, legislators consider bill to smooth out-of-state certification’: The Pittsburgh Tribune-Review reports that “as local school districts scramble to find teachers and substitute teachers, a bill that would make it easier for out-of-state educators to work in Pennsylvania has received unanimous support from lawmakers thus far.”

‘Group calls on Pa. lawmakers for more funding to address child care worker shortage’: PennLive reports that “Children First, a nonprofit children’s advocacy group, is calling on lawmakers to use some of the state’s budget surplus to raise the hourly wage of childcare workers.”

‘Snowplows, dump trucks, more: Heavy equipment from PennDOT goes up for auction’: PennLive reports that “an online auction is underway for more than 280 heavy equipment items from the Pennsylvania Department of Transportation.”

‘January 6 Committee to explore Pa. lawmaker’s alleged role in effort to have Trump appoint new attorney general’: LNP | LancasterOnline reports that “a hearing on Thursday expected to reveal information about Pennsylvania Rep. Scott Perry’s alleged role in a plot to use the U.S. Department of Justice to overturn the 2020 election.

‘Pennsylvania nurses aide candidates wait months, drive hundreds of miles, only to learn test is canceled, lawmakers told’: The Allentown Morning Call reports that “the exam required to become a certified nurse aide in Pennsylvania is so difficult to schedule that some prospective CNAs are giving up on employment in health care, Pa. lawmakers were told.”

‘Diesel fuel outages, high prices could directly affect farm harvests; lawmakers discuss options’: The Allentown Morning Call reports that “veteran state senators from both parties worried that high prices and rolling outages of diesel fuel might hurt the harvest of Pennsylvania crops in coming months, even as lawmakers continued to hear stark testimony on the potential impacts of soaring inflation.”

Opinion
Charlie Dent: The gobsmacking audacity of the alleged scheme to keep Trump in office
Salena Zito: Tampon shortage: Yet another ‘War on Women’
Mark McKillop: After two decades and record inflation, school retirees need a COLA
Jack W. Paul: Are the Democrats responsible for world-wide inflation?
Paul Muschick: I was shocked to learn how many Pennsylvania mail carriers are bitten by dogs
Gail M. D’Angelo: We can solve the worker shortage by investing in state-owned universities
Ruth E. Siegfried: We’re in the budget home stretch; do the right thing for disability workers
John L. Micek: Fetterman, Shapiro are teaming up in 2022. Will it help, hurt? | Tuesday Morning Coffee
Philadelphia Tribune Editorial: Pennsylvania Republican nominee for governor Doug Mastriano double down on election lies and extremists views
Inquirer Editorial Board: As college athletes finally get a piece of the pie, more myths are shattered about amateur sports
Inquirer Editorial Board: It’s time to complete the overhaul of the Medical Examiner’s Office
Post-Gazette Editorial Board: Democrats should stop protecting the rich and support Romney bill
LNP | LancasterOnline Editorial Board: Agencies should do better job of easing, prioritizing recovery for poultry farmers
Susan Spicka and Beth Sviben: Legislators should invest boldly in public schools this year
Aavin Mangalmurti: As a Pittsburgh student, I don’t feel safe, because no one will do one simple thing
Bruce Ledewitz: Tax cuts cause inflation, too. We need to resist quick fixes