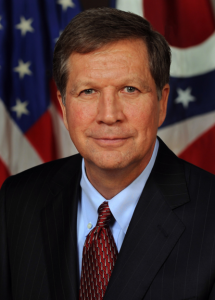 “I worked alongside John Kasich for fourteen years, and throughout that time, Kasich was a leader, a visionary and a reformer,” Walker said. “Whether it was balancing the federal budget or reforming the Pentagon, John never shied away from a challenge, and was uniquely able to bring aboard both Republicans and Democrats to accomplish big things. I am thrilled to serve as his Honorary State Chair, and I look forward to working with our tremendous Leadership Team in Pennsylvania to deliver my home state for John Kasich.”

“John Kasich has precisely the experience and the record of success that America sorely needs,” stated Baker. “As governor of Ohio, he turned an $8 billion projected budget deficit into a $2 billion surplus, and presided over an economy that has created more than 347,000 private sector jobs. All the while, he cut taxes by $5 billion dollars – more than any sitting governor – and the state workforce is at its lowest level in more than three decades. By applying conservative principles to pragmatic problem-solving, John Kasich has breathed new life into Ohio, and I am proud to join his team in Pennsylvania.”

“I am honored to have gained the confidence of such an esteemed group of conservative leaders,” Kasich responded. “Pennsylvania is a big, important state, and with the remarkable team that has come together here, I know we are going to be very competitive.”

The Kasich for America Team is included below: