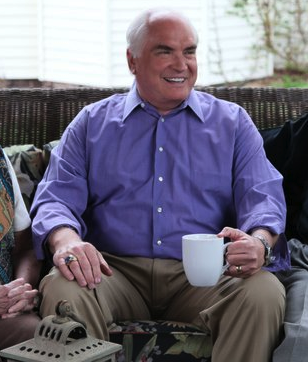 After a week of back-and-forth over Rep. Mike Kelly’s personal investments in two oil companies, the Congressman’s office today made clear that Kelly had sold his $6 million in shares of T.W. Phillips Gas and Oil Co. and Phillips Resources. The process to sell the shares began before Kelly took office.

The issue was brought to light last week by criticism from the Rev. Al Sharpton during a segment on MSNBC, as well as several other groups.

“Representative Kelly and his family made the decision to sell their shares of T.W. Phillips Gas and Oil Co. and Phillips Resources when those companies were sold to SteelRiver Infrastructure Fund North America LP and Exxon Mobil Corp, respectively,” explained spokeswoman Julia Thornton. “Talks to sell both companies began in 2010, and in November 2010, SteelRiver Infrastructure Fund North America LP filed with the state Public Utilities Commission to buy T.W. Phillips Gas and Oil Co, with the deal being completed on May 24, 2011. The acquisition of Phillips Resources was finalized by Exxon Mobil Corp on June 2, 2011, after the months-long transactional process.”

When the story broke, Kelly’s office didn’t specifically note that the Congressman had sold off his assets. However, Thornton noted that in Kelly’s op-ed response, his references to investment in the energy companies were in past tense (eg. “I had investments in an oil and natural gas company…”).

Thornton denounced the tenor of criticism the Congressman faced over the past week.

“The idea that Representative Kelly would make any kind of financial decision because of baseless attacks launched against him by the likes of Al Sharpton or any other member of the media is comical. This is nothing more than a campaign-style hit piece that has zero foundation in the truth, and a sad indication of how the 2012 elections will play out during this very critical time in America’s history.”

“The real question here is not whether or not Representative Kelly owned the stock when he was called out on it, the important question is whether he owned it when he voted to protect subsidies for oil and gas companies like the ones he had invested $6 million in,” said Josh Schwerin, Northeast Press Secretary at the DCCC.  “Will Representative Kelly disclose to the public when he decided to get rid of his conflict of interest?”

The committee points to votes Kelly took pertaining to the industry, the earliest falling on March 1st of this year. Says the DCCC:

“Kelly voted against a motion which would have prohibited ‘any major integrated oil company from being eligible for any tax benefit or relief under related provisions of the tax code.’ [H.J. Res. 44, Vote #153, 3/1/11; CQ Floor Votes, 3/1/11]”