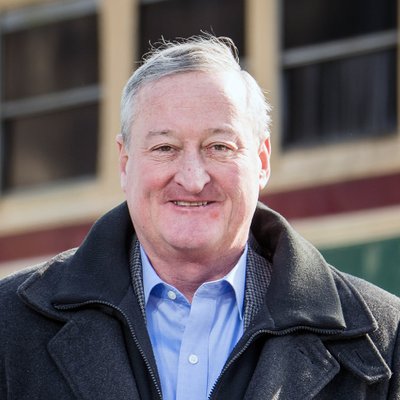 On Tuesday, Philadelphia Mayor Jim Kenney visited New Hampshire in an effort to boost Warren’s campaign. It was Kenney’s first trip to the Granite State for Warren’s presidential campaign.

“It was great to be in New Hampshire today campaigning for Elizabeth Warren,” Kenney said in a statement on Tuesday evening. “The enthusiasm for her candidacy is infectious here, and you can see how much New Hampshire residents believe in and support her vision for a more inclusive and caring America. Based on my conversations with people here in the Granite State, I know she’s connecting with voters, and I look forward to the Democratic primary. I’m proud to support her as our next President.”

A long day on the campaign trail with @TeamWarren here in New Hampshire is coming to a close. Heading back home to Philly now. @ewarren is the strongest candidate to defeat Donald Trump! #WinWithWarren pic.twitter.com/4UfCYDPbWI

Kenney sent out two tweets during his visit to New Hampshire thanking the Warren campaign for the opportunity to campaign for her and said in a tweet on Tuesday night that she is the strongest candidate to defeat Trump.

The Warren campaign told PoliticsPA that Kenney hosted a business walk in Concord on Tuesday.

The Republican National Committee did not immediately respond for comment about Kenney’s campaign visit.

Kenney’s visit to New Hampshire was not the first time a Pennsylvania elected official has hit the trail on behalf of a presidential candidate. Reps. Brendan Boyle (D-Philadelphia) and Conor Lamb (D-Allegheny) campaigned in New Hampshire the previous weekend for former Vice President Joe Biden, while state Rep. Malcolm Kenyatta (D-Philadelphia) campaigned for Biden in Iowa earlier this month.

Biden still leads the state in the form of endorsements from elected officials, already securing a majority of support from the state’s Democratic Congressional delegation.

The Real Clear Politics average shows Biden leading the Democratic primary field with 28% of the vote, while Sen. Bernie Sanders (I-VT) is in second with 21.9%, and Sen. Elizabeth Warren (D-MA) in third place with 14.7%. Despite Biden’s sizable lead in the national average, the polls in Iowa and New Hampshire show a neck and neck race between the Democratic frontrunners.

The Real Clear Politics average shows Biden leading Sanders by just under 4 points, while Warren only trails the Vermont Senator by half of a point and within 4.5 points of Biden. In New Hampshire, Sanders leads the pack with 19.8%, followed by Biden with 18.5%, and Warren and South Bend Mayor Pete Buttigieg locked together at 14.3% each.

Biden holds a steady in the Pennsylvania Democratic primary leading the pack with 25%, followed by Warren with 14.3%, and Sanders at 10.7%, although the most recent polling to contribute to the Real Clear Politics average was conducted by Franklin & Marshall College in late October.