City Councilman BIll Peduto’s lead has grown in the race for Pittsburgh Mayor, the latest poll from Keystone Analytics shows.

The pollster surveyed 404 likely Democratic primary voters from May 7-8. The margin of error is plus or minus 4.9%, meaning the race, while wider, is still in the margin of error. Keystone Analytics is affiliated with the PA Association of Realtors.

The margin is 5 points wider for Peduto than a poll from the same firm in late April, which showed him ahead 38%-36%.

Favorability for both leading contenders has dropped in recent weeks as negative campaign ads have taken their toll. Peduto fell from 65% positive to 51%, while Wagner fell a similar distance from 64% down to 49%.

Essentially, the city’s North Side and African American communities are the most undecided. East Enders go for Peduto (his home base), South Pittsburghers for Wagner (his home base).

Important note: the district-by-district results should be taken with a big grain of salt (likely why the pollster didn’t release actual numbers). Roughly 42-50 voters were surveyed for each district, meaning the margin of error likely is very high.

More poll details are here. This is a map of Pittsburgh Council districts. 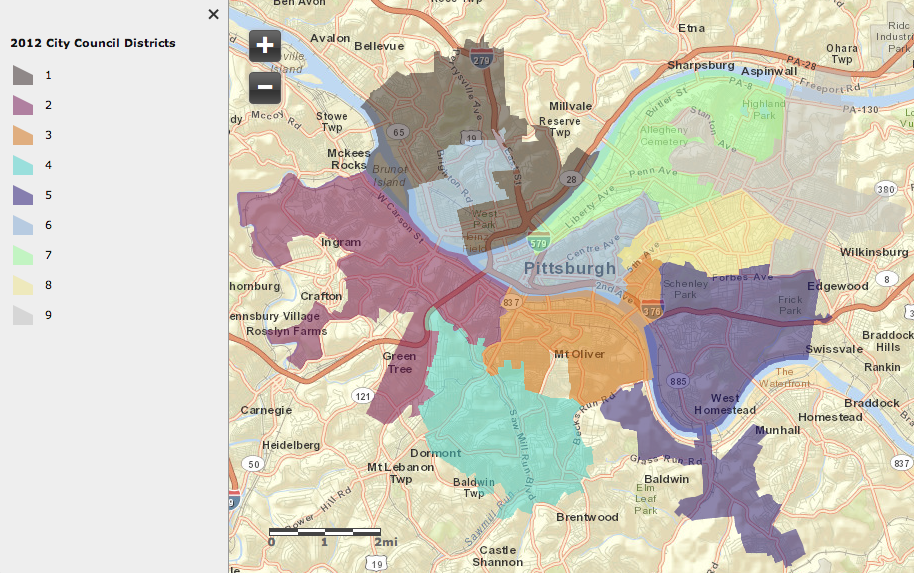