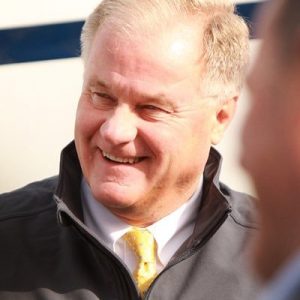 “Our activists fight to break barriers to opportunity that let our Pennsylvania communities thrive – but Wolf’s policies stand in the way,” said AFP-PA State Director, Beth Anne Mumford. “Our grassroots teams are energized and ready to mobilize across the state to have conversations with their neighbors on why Wolf is wrong for Pennsylvania and why he must be fired.”

The endorsement carries some muscle, as AFP has several permanent organizers based in PA.

AFP stated in its press release that Wolf’s tenure has left Pennsylvanians with “bigger government, higher taxes, and runaway spending” that has not promoted economic growth.

Wolf’s campaign believes the arrival of AFP into the campaign exemplifies the notion that Wagner is “beholden to special interest groups”.

“There’s no greater proof that Scott Wagner is beholden to special interests than an endorsement from the Koch brothers,” said Beth Melena, Gov. Wolf’s campaign communications director. “These big oil and gas barons are trying to buy the election for Scott Wagner so he can continue to give handouts to billionaires like the Kochs by blocking a severance tax and refusing to make big corporations pay their fair share.”

Wagner’s campaign welcomed the endorsement of the group and countered that Wolf is at the whim of the public sector unions.

“Scott is pleased to have the support of an organization committed to promoting business friendly policies and fostering economic growth – something that, despite his MIT degree, Tom Wolf knows nothing about,” said Andrew Romeo, Wagner campaign spokesman. “While Tom Wolf is bought and paid for by the public sector unions that continuously hold our economy and our education system back from the reforms that we desperately need, Scott will continue to work with everyone who shares his vision of protecting paychecks for hardworking Pennsylvanians.”

Worth noting with AFP’s introduction into the Governor’s race is its abstention from entering the U.S. Senate race in Pennsylvania between incumbent Democratic Sen. Bob Casey and GOP challenger, Rep. Lou Barletta.

It’s part a broader cold war between Trump and the Kochs about the direction of the GOP.

Barletta holds a lifetime grade of 74% from the group, while Casey comes in with just 7%.

AFP has been at odds with the Trump administration over tariffs and immigration, while Barletta’s campaign has shown support for the President on both issues.

A couple of months ago, AFP was specifically critical of Barletta’s yes vote on Trump’s omnibus spending package.

The Barletta campaign declined to comment on the announcement.