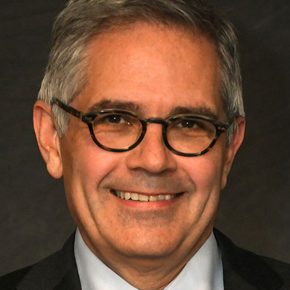 A pair of progressive groups are pushing Philadelphia District Attorney Larry Krasner as a possible Attorney General candidate in a Biden administration.

The Sunrise Movement and Justice Democrats released a joint list of cabinet candidates that they would like to see in the Biden administration and included Krasner as one of three candidates for Attorney General.

“President-elect Joe Biden defeated Donald Trump with the highest youth turnout ever,” is written on the “Climate Mandate” website with the list of cabinet candidates. “Now, Joe Biden must assemble a powerful governing team to stop the climate crisis, create millions of good-paying jobs, address systemic racism, and control the COVID-19 pandemic.”

The criteria listed for the cabinet candidates are: “No ties to fossil fuel companies, or corporate lobbyists; Collectively, the Cabinet should be representative of America; and Fights with the urgency that the climate crisis demands.”

Krasner, who was elected as Philadelphia’s District Attorney in 2017, is the lone Pennsylvania elected official on the joint list of candidates they would like to see serve Biden’s cabinet.

“DA Krasner has not been contacted, but is humbled that the Justice Democrats and the Sunrise Movement have noticed the hard work the office and the Philadelphia community are doing, together, to transform the justice system,” said Jessica Brand, a spokesperson for the Krasner campaign in a statement to PoliticsPA.

The joint effort from the Sunrise Movement and Justice Democrats also calls on Biden to establish the “Office of Climate Mobilization.”

The other candidates being promoted by the progressive groups include Minnesota Attorney General Keith Ellison, who they have listed as their “top pick,” and Michigan Attorney General Dana Nessel.

This story was updated with a comment from the Krasner campaign.