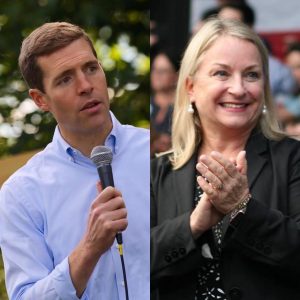 A pair of Pennsylvania Democrats joined their Republicans colleagues in the state in voting ‘no’ on a $3 trillion coronavirus relief bill.

On Friday, Reps. Conor Lamb (D-Allegheny) and Susan Wild (D-Lehigh) were two of just 14 House Democrats to vote against House Resolution 6800, which passed the House 208-199.

Lamb and Wild both issued statements on their reasoning for bucking the party on this vote.

“People in western Pennsylvania and all over the country have sacrificed a lot during this crisis.  They expect us to put politics aside, work together, and focus on defeating the coronavirus,” Lamb said in a release. “This bill is not focused, it was rushed to a vote too fast, and it doesn’t help us accomplish that core mission.”

More than 85K Americans are dead. More than 30 million have lost their jobs. Partisan fights have never looked smaller. We need to go back to the negotiating table immediately and work on a bill that can actually pass and will actually help the people who desperately need it. pic.twitter.com/kKTqo4RqAQ

Lamb continued in the statement that bipartisan action is needed to get people “the money they need to survive while we defeat this virus, and we need to make sure the money is spent effectively.”

“More than 85,000 of our fellow Americans are dead. More than 30 million have lost their jobs. Partisan fights have never looked smaller,” Lamb said at the conclusion of his release. “We need to go back to the negotiating table immediately and work on a bill that can actually pass and will actually help the people who desperately need it.”

Wild also pointed to lack of bipartisan support in her statement.

“From the beginning of this crisis, I have worked with my colleagues—Democrats and Republicans alike—to provide vital funding for hospitals and frontline workers, increase small business loans, and deliver direct economic relief to millions of hardworking Americans,” Wild said in a release. “I am proud of the bipartisan support these measures received. The HEROES Act, however, appears to lack that same expansive bipartisan support of past Coronavirus relief packages.”

Tonight I voted against a partisan bill in the midst of a pandemic.

Now is the time to bring our nation together around solutions that will improve the lives of Americans who are hurting, not engage in partisan gamesmanship.

Wild continued in the statement to say that the $3 trillion bill “does not do enough to provide direct and immediate assistance to struggling families,” and added that the bill will “almost surely not proceed to a vote in the Senate or to any realistic negotiations with our colleagues across the aisle.”

“In the coming days and weeks, I will be working as hard as I can to provide crucial financial support for state and local governments, robust funding for health care facilities and providers, and direct assistance to Americans in need,” Wild said at the conclusion of the release. “I look forward to working with anyone—Democrat or Republican—to advance these practical solutions to the very serious crisis facing our nation.”

The seven other members of the state’s Democratic congressional delegation voted ‘yes’ on the bill, while the entire nine member Republican delegation in the state voted against the bill.