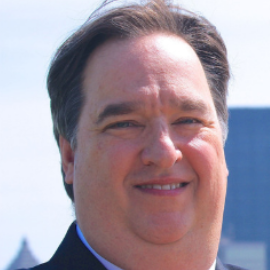 Rep. Conor Lamb (D-Allegheny) faced two GOP opponents in 2018. As summer 2019 winds down, the first GOP challenger has emerged in the race for the 17th District for 2020.

Scott Timko, a former Air Force pilot and small business owner, announced a bid for the congressional district in the Pittsburgh suburbs.

In a release from the campaign announcing his intentions for the seat, Timko dubs Lamb as a “Born again Liberal” who doesn’t have the priorities of western Pennsylvania in mind while serving in Congress.

“I know what it means to sign both the front and the back of a paycheck,” Timko said. “Conor Lamb has already established himself as being in the pocket of out of town special interests that kill local jobs and look down on our way of life. He talked a good game in his last campaign but has stuffed his pockets with campaign donations from special interest PACS and every leftist group and politician that he can.”

Lamb has boasted about not accepting “corporate PAC money,” which Politifact deemed as “mostly true” in March 2018, while his campaign accepted donations from various PACs belonging to unions, veterans groups, and a “host of Democratic leadership groups.” In the current election cycle, Lamb’s campaign has raised close to $530,000 with $145,500 of those contributions coming from PACs, although the contributions still come from union PACs and other Democratic leaders.

The Lamb campaign did not respond to requests for comment.

Timko continued to slam Lamb in his campaign release by saying his “signature legislation” is “a bill to destroy women’s athletics by allowing male “transgender” athletes,” instead of focusing on issues that he believes are more important to the community. His campaign release added that Lamb should instead focus on making the state more “job friendly” by addressing infrastructure, improving healthcare for seniors and veterans, and fixing a “broken immigration system” that he says “perpetuates crime, drugs, and human trafficking.”

The release from his campaign does not mention President Donald Trump, but he has shown support for him on the issues page of his campaign website and through social media. On August 20, Timko quote tweeted a video of Jesse Watters on Fox News lauding Trump for bringing “peace and prosperity” to the country, while praising Trump for being on offense against criticism from the Democratic Party.

The last 10 secs of this has captured why @realDonaldTrump is so popular. For decades we have suffered republicans content to sit back and be smeared without consequence. Now the President is on offense 24/7 – and the Dems have no answer!

On his campaign website, he lays out his position on a wide variety of issues that include reducing taxes and regulations, “fully” supporting Trump’s “tough stand” on trade policies, supporting immigration reform that includes “barriers to entry and deportation of criminals and those who have disobeyed our immigration laws,” supporting the 2nd Amendment, “Keeping Men Out of Women’s Athletics and Their Bathrooms” and more.

Lamb is currently in his first full term in Congress representing Western PA. His first race captured national attention when he upset GOP state Rep. Rick Saccone in the special election in the Trump friendly old 18th District. His opponent for the newly drawn 17th District, Rep. Keith Rothfus (R-Allegheny), was a well funded candidate, who raised over $3M during his re-election bid, but still won by 13 points in boundaries that narrowly supported Trump in 2016.

Lamb is currently the only Democrat in the race, while Timko is the lone Republican seeking the seat, according to FEC filings.